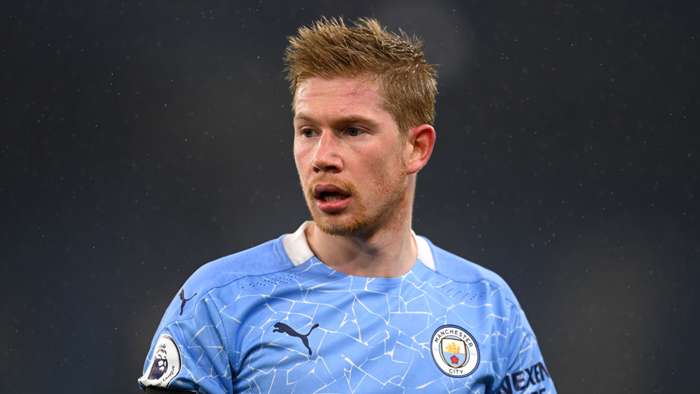 Kevin De Bruyne believes Manchester City are starting to approach their peak, with the Belgium star stating Pep Guardiola's team were not ready for the start of the 2020-21 campaign.

Guardiola's side were given an extra week off prior to starting their Premier League season in September, but their tally of 12 points from their opening eight games was their worst start to a top-flight campaign since 2008-09.

However, City are unbeaten in seven Premier Leagueoutingssince a 2-0 defeat to Tottenham, concedingjust twice duringthat run.

De Bruyne scored and set up another in a dominant 3-1 win over Chelsea on Sunday, creating three chances and attempting a game-high five shots.

City have closed to within four points of leaders Liverpool and have two games in hand on the reigning champions, who lost 1-0 at Southampton on Monday.

First theyface rivals Manchester United on Wednesday in the Carabao Cup semi-finals - chasing a fourth consecutive triumph in the competition -and De Bruyne has put their early struggles down to a lack of proper preparation owing to a condensed pre-season.

"I think at the beginning of the season we had many difficulties, many injuries, no pre-season," De Bruyne said.

"Mentally and physically, we weren't ready for the new season.

"I think over the last month we recovered a few players, we raised our level, we have won a few matches and we have gone up a few places in the table.

"We still have another eight games in January in all competitions, it's going to be tough, but I think we are ready for the battle and that is what matters."

Following the two successive cup games, against United in the Carabao Cup and Birmingham in the FA Cup, City embark on a run of three home games on the spin in the Premier League.