Messi told to honour Maradona by swapping Barcelona for Napoli 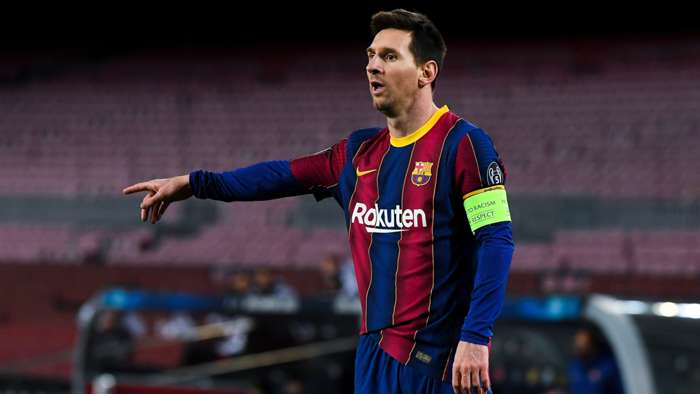 Napoli renamed their stadium to Stadio Diego Armando Maradona in honour of the 1986 World Cup winner, who guided the Serie A side to their only Scudetto triumphs in 1987 and 1990 after arriving from Barca in 1984.

But former Barca team-mate Boateng wants six-time Ballon d'Or winner Messi – who has been heavily linked to Manchester City and Paris Saint-Germain – to do more to pay tribute to his countryman.

"I often hear of the comparison between Messi and Maradona and therefore I'll make a proposal to Leo," Boateng, who now plays for Serie B outfit Monza alongside Mario Balotelli, told ESPN.

"He should go to Napoli after his contract with Barcelona expires. It would be great if he himself called president Aurelio De Laurentiis and said: 'I'm coming'.

"Even if they have retired the No 10 shirt, 'I would like to honour Maradona's No 10 and come and play for a year or two at Napoli', without thinking about money, just the heart.

"Maybe then he manages to win a championship and then it would be the apotheosis, a movie story.

"If I were him, I would think about it. By now, he has won everything at club level, closing in a legendary way would be incredible."

However, Messi's former assistant coach at Camp Nou,Juan Carlos Unzue has a warning for any future team-mates of the Argentine wizard.

Unzue, who spent three years working alongside the Argentine icon as assistant coach to Luis Enrique, says the 33-year-old's high standards turn out to be too much for many of his team-mates .

"What has keptMessigoing has been ambition, and that brings moments of stress with it," he toldMarca.

"He demands that he continues to be the best and as a consequence he always wants the maximum from those around him.