'Nobody will arrive, nobody will leave' - Conte says 'shy' Eriksen will remain at Inter after Milan derby wonder goal 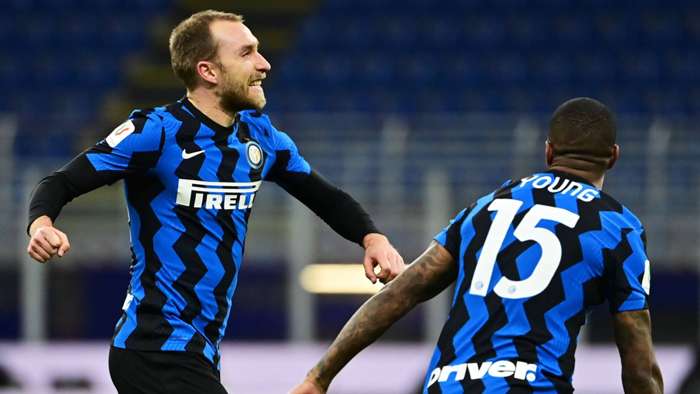 Inter manager Antonio Conte has says that he expects Christian Eriksen to stay with the club despite his continued links with a departure.

The Danish star's goal came via a sensational free-kick in the 97th minute, helping Inter overcome their local rivalswho were down to 10 men after Zlatan Ibrahimovic's second-half dismissal.

Eriksen has struggled since making the move to Inter last January, and he looked poised to leave Inter after the club'sCEO Giuseppe Marotta revealed he hadbeen placed on the transfer list.

Former Spurs boss Mauricio Pochettino and PSG have been among the teams linked with a move, as have Leicester in recent days, but Conte says that he doesn't expect Eriksen to leave any time soon.

“For a month now I’ve been saying the same thing: this is the Inter squad," Conte told RAI Sport."Nobody will arrive, nobody will leave. I keep saying it and nobody seems to believe me.

“We are working with Eriksen on a tactical level to find an alternative for Marcelo Brozovic, because we don’t have someone like that in the squad.

“Christian is a very intelligent lad, he has quality, he’s part of the project and I am happy he scored that goal. I really wanted him to take it, as we all know the quality he has from set plays.

“He’s very shy, so I hope this goal can shake him up and make him come out of his shell. We all like him, he’s a good lad, perhaps too good! He needs to be more determined.”

Inter currently sit second in Serie A and now sit just two points behind their city rivals in the Scudetto race.

Conte and cowill now face Juventus in the Coppa Italia semi-final, which is set to take place over two legs.

“They will certainly be two difficult games, the lads must all be ready to play the way they did this evening," Conte said. “It’s inevitable there is a lot of expectation around me and my work, but you need to go through the journey and be given time to do the work.