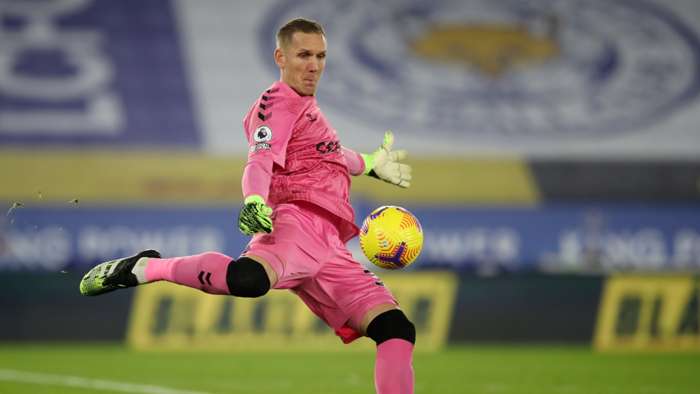 Robin Olsen says he's "crossing his fingers" that he will earn a permanent move to Everton.

The Swede has seen more minutes than he might have initially expected amid Pickford's struggles for form and fitness, and he would now like to extend his stay on Merseyside beyond the summer.

When asked to address his future plans, Olsen told Everton's official website: “We want to stay, but it is not me who decides.

“I can only cross my fingers and see what the club says. As a family, we have moved around and feel we are in a good place now.

“We are very happy, so why not stay until it is time to move home to Sweden? That is what we would choose.

“It is easy to say that – but everything needs to be sorted out.”

Olsen made his debut for Everton during a 2-1 defeat away at Newcastle on November 1, and has since appeared in six more games for Carlo Ancelotti's side across all competitions.

However, theRoma loanee has only been able to record two clean sheets, with his latest outing coming in a 3-3 draw against Manchester United at Old Trafford at the weekend.

Olsen was criticised for failing to keep out a long-range Bruno Fernandes shot and a tame Scott McTominay header, but could retain his place in Ancelotti's line-up when the Toffees face Tottenham in the fifthround of the FA Cup on Wednesday with Pickford currently nursing a rib injury.

Pickford remains Everton's number one keeper for the time being, but Olsen insists he is ready to seize any opportunity he gets to stake a claim for a more regular spot in the team.

“Jordan is a really nice guy and to train with a top goalie makes me much better. You should want to improve yourself every day and I feel I am getting better all the time with Everton.

“We have a fantastic goalkeeper group.I like it here, I am big, there are more duels in England. It fits me.”