Ozil: I want to play for Fenerbahce or in MLS 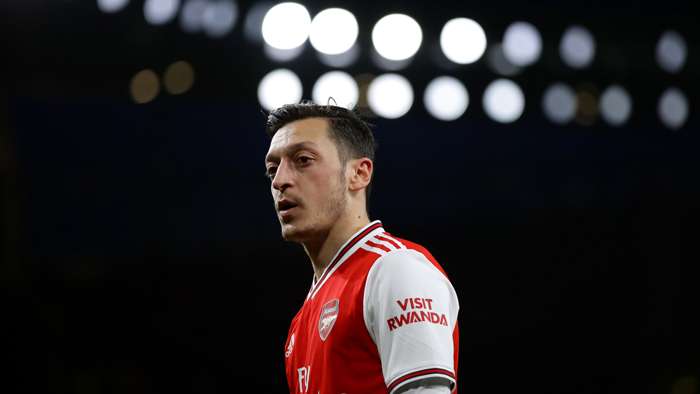 Mesut Ozil has said he has no intention of retiring when he leaves Arsenal, with his preference being a move to Fenerbahce or Major League Soccer.

Ozil has not featured for Arsenal since March, despite maintaining he is fit and available for selection, and it is a question of whether he departs in January or at the end of the season.

The former Real Madrid man has been in prolific form on social media during his absence from the pitch, and he held a question and answer session on Twitter on Monday.

He answered questions on a range of topics, with one being that he did not have any regrets over joining Arsenal.

Ozil was also asked whether he plans to head into retirement when he leaves Arsenal, and the 32-year-old was unequivocal in his response.

“I definitely will,” he said when asked if he would play on after leaving Arsenal. “There are two countries I want to play football in before I retire: Turkey and USA.

“If I went to Turkey, I could only go to Fenerbahce.”

Ozil’s comments only add fuel to the fire regarding a move to Fenerbahce.

The Turkish giants have been strongly linked with a move for Ozil, with it being claimed a deal is being thrashed for him to head to the club in January.

Earlier in his Q&A, Ozil talked positively about the relationship he has with Fener.

“I grew up as a Fenerbahce fan as a kid in Germany,” he said.“Every German-Turkish person supports a Turkish team when they grow up in Germany. And mine was Fenerbahce.

“Fenerbahce is like Real Madrid in Spain. The biggest club in the country.”

Ozil’s comments will be music to the ears of Fenerbahce fans who will be hoping the deal can be done.

However, Fener’s rivals Galatasaray may have something to say with regard to who is the biggest club in the country.