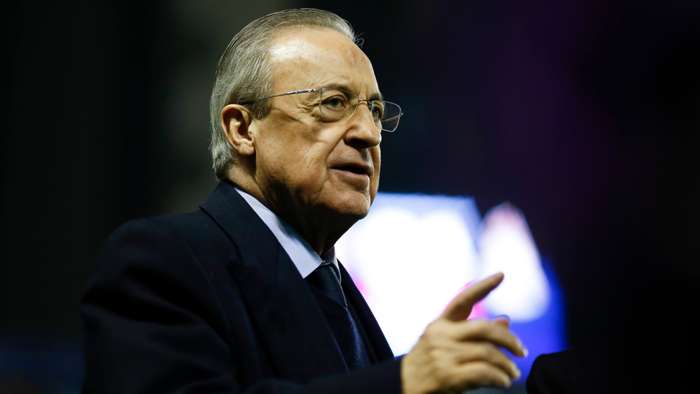 Real Madrid president Florentino Perez is “the Pope, the King and the Cardinal” at Santiago Bernabeu, says Antonio Cassano, with absolute power wielded by a man calling the shots in the Spanish capital.

He has delivered a stunning collection of marquee signings at Real down the years, from Luis Figo to Cristiano Ronaldo via David Beckham and Zinedine Zidane.

Silverware has been collected on a regular basis under his stewardship, with a steady stream of coaches learning the hard way just how demanding their boss can be.

Zidane occupies the hot seat at present, with the Madrid icon having overseen two La Liga title triumphs and three Champions League successes during two stints in the dugout.

His efforts have been keeping Perez happy, despite the odd question being asked of the French coach’s future.

Patience is a commodity rarely seen at the Bernabeu, with a revolving door policy allowing players and managers to come and go, and there is no questioning who holds the greatest influence.

Cassano experienced first-hand between 2006 and 2008 just how dominant Perez can be, with the 73-year-old making everyone aware that what he says goes.

Former Italy international Cassano told Christian Vieri’s Podcast: “I was at Real Madrid and it is something different from the rest of the world.

“At this moment Florentino Perez is the Pope, the King and the Cardinal.

“If he decides to offer you one year contract and you have an agreement with another team that offers you three, he will decide if you stay.

“Look, Luka Modric was going to leave, he stayed and won the Ballon d'Or. Fabio Cannavaro, the same.

“That year he had played well with Juventus but they could have given it to Gigi Buffon or Zinedine Zidane if it wasn't for the World Cup headbutt.

“Zlatan Ibrahimovic made a joke about the Ballon d'Or a couple of years ago and said that Florentino always won it.”

Outspoken Swedish frontman Ibrahimovic, who is currently back on the books of Serie A giants AC Milan, made his Perez quip in 2018.

He said: “Lionel Messi was competing for the Ballon d'Or with Florentino Perez, not Cristiano Ronaldo.”

Barcelona superstar Messi failed to make the top three of the Golden Ball vote in 2018, as Madrid midfielder Modric walked away with the top prize.