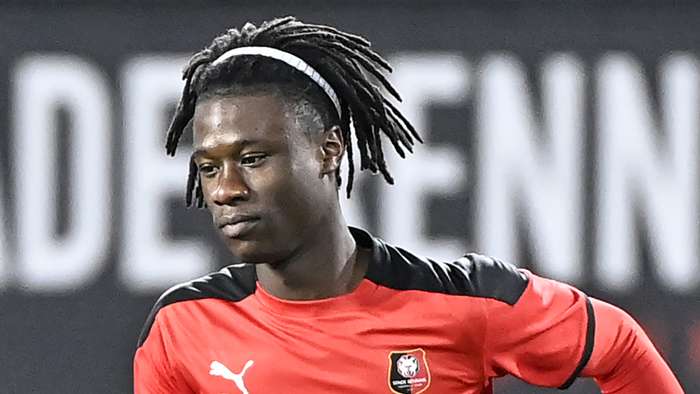 Eduardo Camavinga says that he will not make any decision about his future until the end of the current campaign, as speculation continues to swirl over an exit from Rennes.

He has impressed once again this season for his club, while a raft of caps for Didier Deschamps's Les Bleus only further underlines his upward trajectory as a teenager and future star in the making.

Such performances have seen him catch the eye of bigger fish across Europe however, with Bayern Munich, Paris Saint-Germain, Juventus and Real Madrid all linked with a move for the Angola-born starlet in recent weeks.

Camavinga has however now put to rest rumours of his future - at least for the immediate remainder of the season - by pledging his current loyalty to Rennes, though he acknowledges that his career past the summer is up in the air.

"Of course it is nice when a big club is interested in you," the 18-year-old told Canal. "But me, I keep a cool head.

"I am at Stade Rennais. We will wait until the end of the season. We will meet around the table and we will weigh the pros and cons then."

Camavinga further reflected on how he came to take up football as a youngster, recalling his educational years where he first tasted the game.

"I had to have been seven, I think, or maybe six - I don't know anymore," he added. "We had matches between schools at noon.

"We had won a game and my mother came to get me. I saw that she was talking to the supervisor, who was called Fatima if I recall. I didn't know what they were saying to each other.

"Afterwards, my mother told me that she wanted to me to take up football. Today, I'm glad that the supervisor told her to sign me up for it."

Camavinga will hope to impress across the rest of 2021 as he looks to further integrate himself into Deschamps' plans for the rearranged Euro 2020 tournament, set to take place later this year.