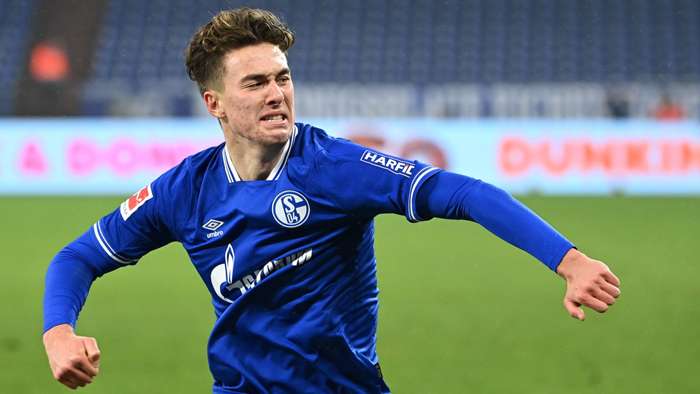 Record-setting American teenager Matthew Hoppe has signed his first professional contract at Schalke, with the youngster committing to terms through to the end of the 2022-23 campaign.

In January, the talented 19-year-old became the first man from his country to score a Bundesliga hat-trick– with a match ball claimed in a 4-0 win over Hoffenheim.

That result snapped a 30-game winless run for Schalke in the German top flight, with a glimmer of hope being offered to a side severely low on confidence.

The production of home-grown talent has always been a key part of future planning in Gelsenkirchen, with Hoppe among the latest to step off a famed production line.

Big things are expected of him with club and country, with the USMNT keeping a close eye on the progress he is making in Germany.

His signing of professional terms will have been noted in the States, with Schalke delighted to have got a deal done with a youngster who has five goals to his name through 10 appearances this season.

“Matthew Hoppe has taken his chance and shown that he has the potential to permanently establish himself in the Bundesliga,” Jochen Schneider, Schalke’s head of sport and communication, told the club’s official website.

“His development once again highlights the great work done by our academy and shows that FC Schalke 04 is the right place for young players to thrive.”

Hoppe added: “The last few weeks have been like a dream. I am extremely thankful to everyone at Schalke for giving me this chance. Now I want to play my part in us being successful again.”

Hoppe has been on Schalke’s books since the summer of 2019.He headed to Germany after catching the eye at the Barca Academy in the USA, with his potential being noted by a number of sides in Europe.

Five goals were recorded for Schalke’s Under-19 side in his debut campaign, before opening his account at U23 level this season.

His big break came in November 2020 when handed his first-team debut and, after proving to be a useful source of end product, he has started six successive league fixtures for the Bundesliga’s bottom club.