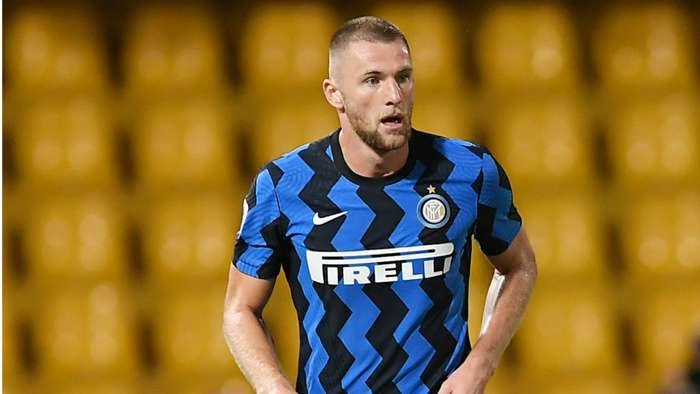 Milan Skriniar claims to be happy to have remainedat Inter despite rumours linking him with a move to both Manchester United and Tottenham.

Fresh speculation surfaced in the summer of 2020, with Jose Mourinho and Ole Gunnar Solskjaer said to be keen on doing a deal.

Skriniar, who had been struggling for regular game time at San Siro, was aware of the interestbut never pushed for the exits.

That is because he always believed that he could earn favour again at Inter, with 11 Serie A outings taken in this season.

Quizzed on the talk of interest from England by SportMediaset, Skriniar said: “It’s difficult to say if I was pleased by the rumours because I wanted to stay here.

“I didn’t play a lot and I wasn’t happy, but I was happy for the team.

“Now I’m back to give continuity to my performances, I’m playing a bit more, so I’m happy for this.”

Skriniar has helped to push Inter into title contention this term, with Antonio Conte’s side sat just one point back on arch-rivals AC Milan.

“Each team believe they can win, and we believe it too, but we must give continuity to the results,” Skriniar said on the battle for domestic supremacy in Italy.

“We have to work harder and harder, every match can be decisive for us.”

The goals are flowing, but only two clean sheets have been secured during a productive run and Skriniar is eager to help the Nerazzurri tighten up at the back.

He said: “We are working, we are doing the right things in my opinion. Above all, we try to give continuity to the work and our results.

“Last year we didn’t score many goals, now that we are scoring more, us defenders must concede as few goals as possible.”