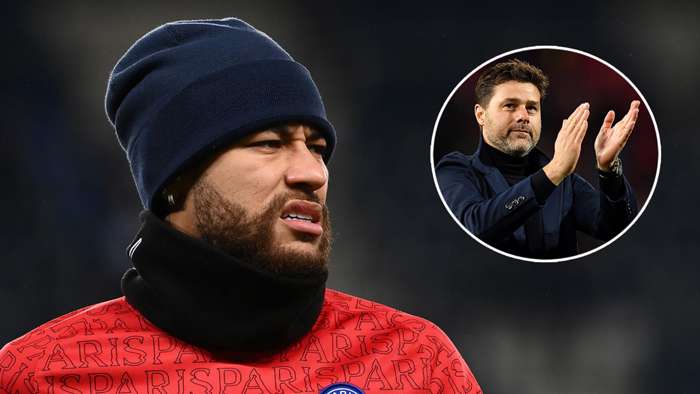 Neymar continues to be unavailable for Paris Saint-Germain, with the Brazilian missing what will be his fifth match in a row.

What are the details?

PSG have confirmed that Neymar is unavailable for selection for Pochettino's second game in charge of the club against 10th-placed Brest.

The Argentinewas appointed as Thomas Tuchel's successor on January 2 and oversaw a 1-1 draw away at Saint-Etiennein his first match, a result that enabledLyon to move three points clear at the top of the Ligue 1 table.

Indeed, Neymar has now not featured for his club since suffering an ankle injury in a 1-0 home defeat to Rudi Garcia's Lyon on December 13.

And the former Barcelona forward was absent from training once again on Friday, with the likes ofPresnel Kimpembe, Juan Bernat, Rafinha, Danilo Pereira and Leandro Paredes all also missingthe meeting with Brest on Saturday evening.

The continued absence of one of Europe's top players will be a source of frustration for Pochettino, with Neymar having been in scintillating form prior to his injury, scoring seven goals in his last fiveappearances in all competitions.

Injury issues have frequently plagued the Brazil international ever since his switch from Barcelona for a world-record €222 million fee.

The 28-year-old has barely played a European knockout fixture for PSG in his three-and-a-half years at the club and former Spurs manager Pochettino will be desperate to get him fit and firing ahead of the Champions League round-of-16 meeting with Barcelona in February.

Getting Neymar, and his other star man Kylian Mbappe, on the pitch and playing in tandem with each other could well be the difference between success and failure for the Argentine in what is his fourth managerial job.

Pochettino, meanwhile, has beencommenting on Neymar and how he plans to get the best out of the forward.

Speaking at his first press conference in charge of the club on January 5, he said:"When Neymar starts training with the squad we will find the best position for him so that he can be the best he can be.

"We don't like to talk about systems. We will work on the game, on the animation and that all the players including Neymar be the best they can be.

"They are all leaders, there are different ways of expressing leadership and the more leaders we have in the team, whether in the locker room or on the pitch, the more beneficial it will be for the club."