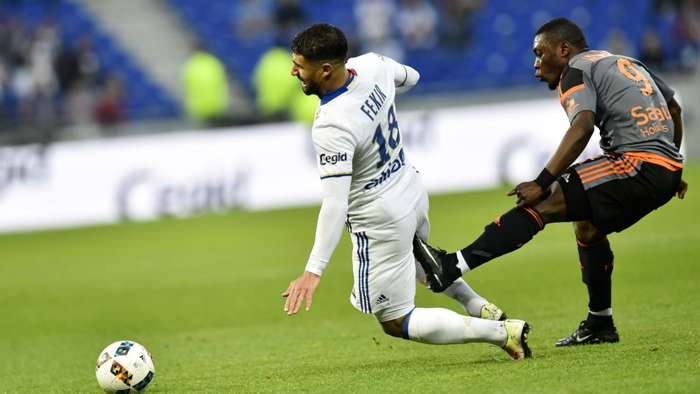 Thierry Laurey’s men hit the ground running in the encounter and opened the scoring in the 36th minute through Ludovic Ajorque.

Two minutes later, Senegal international Habib Diallo doubled the lead, hitting his effort past the reach of goalkeeper Baptiste Reynet after he was set up by Ivory Coast forward Jean Aholou.

Moments before the end of the first half, Kenny Lala made it three for the Stade de la Meinau outfit with a fine individual effort.

Ajorque got his second in the encounter in the 51st minute after receiving a timely assist from Anthony Caci.

The forward came close to grabbing a hat-trick in the game when he was afforded to take a penalty awarded to his side but he blew the glorious opportunity.

In the 73rd minute, Ghana international Waris was introduced into the game, replacing Ajorque and made his presence felt when he sealed his side’s victory.

The forward made no mistake in sending goalkeeper Reynet to the wrong side of the net, firing his penalty to the back of the net.

Diallo featured for the entirety of the game for Strasbourg while Aholou played for 83 minutes before making ways for Mahame Siby.

For Nimes, Senegal international Moussa Kone played for 46 minutes before he was replaced by Niclas Eliasson while Morocco’s Yassine Benrahou featured for 20 minutes after he was brought on for Andres Cubas.

The victory moved Strasbourg off the bottom three to the 16thh spot after gathering 17 points from 18 games.

Waris will hope to continue his impressive performances when his side slug it out against Lens in their next league game on January 9.

The Ghana international teamed up with Strasbourg in January and has previously featured for Spartak Moscow, Lorient and Porto among others.