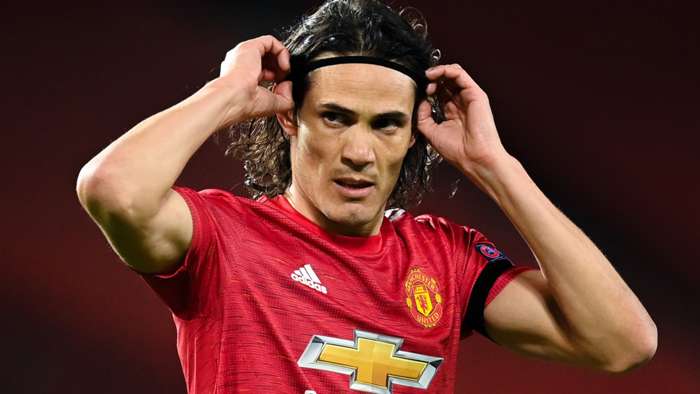 The Football Association (FA) panel acceptedEdinson Cavani did not mean to cause offence with a social media post which resulted in the player receiving a three-match ban.

Following his decisive double in a 3-2 Premier League win at Southampton on November 29, Cavani used a Spanish word often used as a term of endearment in Latin America. He later deleted the post and apologised when it was made clear to him that the phrasecould be construed as having racist connotations in English.

When the FA published the written reasons for Cavani's punishment on Thursday, it was suggested the 33-year-old - who arrived at Old Trafford in October - should have been given media training by United.

Among the explanation for the verdict, the FA revealed: "Thecommission readily concluded that it was satisfied that there was no intent on the part of theplayer to be discriminatory or offensive in any way.

"Thecommission were satisfied that theplayer wrote his reply in affectionate appreciation of a message from his Uruguayan friend and that it was not designed or intended to be racist or offensive either to his friend or others reading the content of the Instagram post.

"Such a conclusion was supported by all the available evidence relevant to the circumstances in which the post was made and having regard to the character and response of theplayer."

The commission also stated: "In light of the player's high profile in the game, his inability to speak English and the fact that he had approaching eight million Instagram followers, the commission were surprised that no such 'training’ had been specifically put in place for the player by his club.