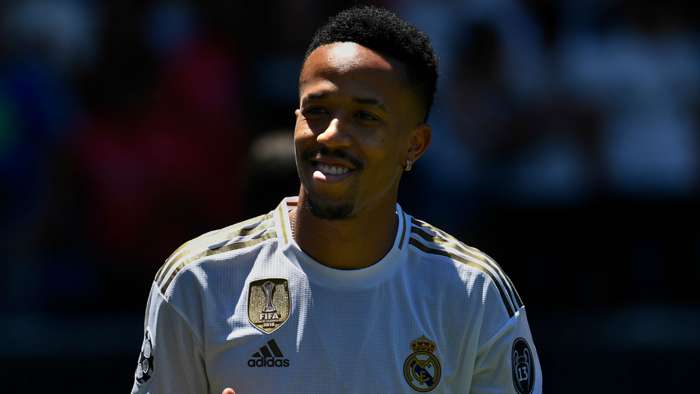 The Real Madrid ace is wanted by Premier League giants

Liverpool and Tottenham are interested in signing Eder Militao from Real Madrid.

The 22-year-old has played sparingly since joiningMadrid from Porto in 2019 and Mundo Deportivo believes that he could well leave in January.

ArkadiuszMilik's agent has said the Napoli striker is willing to move to Juventus or Roma.

Out of contract in June, he has not featured for the club this season.

"The best clubs in the Premier League, Atletico and Marseille are interested in Arek. Of course, no team offers what Napoli asks for," agent Fabrizio De Vecchi told Tuttosport.

"Roma and Juve were also close to signing him, but for different reasons, and in some cases still difficult to understand, the negotiation did not end.

"If they come back, I cannot ruled anything out."

Serie A side Genoa are set to sign Kevin Strootman from Marseille, according to Sky Italia.

The Netherlands international midfielder has fallen out of favour at Stade Velodrome and has rarely been used this season.

On-loan Arsenal defender William Saliba seems to have taken something of a dig at manager Mikel Arteta, suggesting that he should have been offered more of an opportunity at his parent club.

Saliba has still yet to make a senior appearance for the Gunners, and completed a six-month loan to Nice this month.

Get the full story here

The Red Devils are closing in on Lille ace

AC Milan are also keen but it is thought that Lille's price is a hurdle that the Rossoneri cannot overcome.