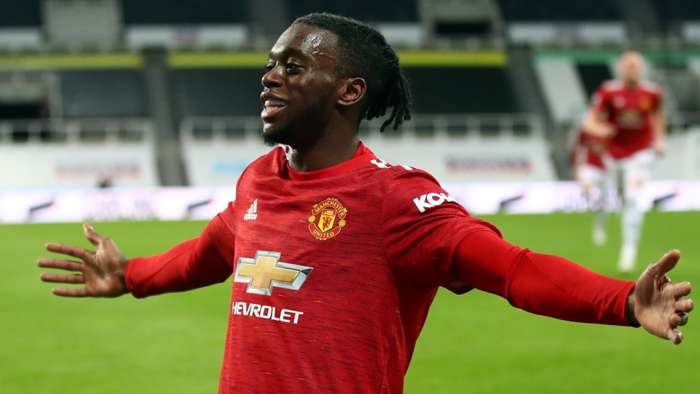 Aaron Wan-Bissaka sayshis ongoing development at Manchester United is being moulded by Bruno Fernandeswith the Portuguese playmaker always on hand to offer words of advice.

Promising right-back Wan-BissakatoldUnited Review: “Bruno helps everyone – on and off the pitch. He tells me before the game what he thinks I should do and which positions he thinks I should get into when he gets the ball, and where I should be. He has done it with the other players, and I can see that, along with the impact that he has made.

“When I scored my goal against Newcastle, he said he couldn’t believe I could shoot! That goal there was to show him!”

Wan-Bissaka still hasplenty of potential to unlock in his game, having only burst onto the scene at Crystal Palace in 2018-19, but he claims to no longer feel like a youngster at 23 years of age.

He added: “Yeah – in football now, it might be a few more years before I hit my peak, but once you turn 23, you’re not young anymore. That title ‘young’ has left me now!”

The challenge now is for Wan-Bissaka to become an established senior star at United, with silverware considered to be vital in any progress made at Old Trafford.

Asked about his hopes for 2021, Wan-Bissaka said: “Just for the team to finish as high as we possibly can in the table and, hopefully, bring a few trophies back to the club. The match against Watford coming up is another FA Cup game and it’s certainly a competition we want to go far in.

“I think we’ve just had a turnaround since the slow start to the season. You can see the position we are in now, how things have changed. The results have been coming good and I hope it can continue.”