Why is Ozil wearing No. 67 at Fenerbahce? 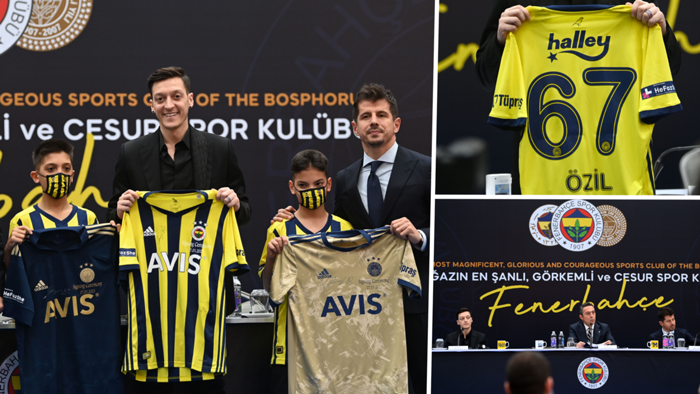 As he left the Emirates, Ozil said he would be a "Gunner for life", adding that it was not a permanent goodbye to what he called "a club of class and prestige".

Now, though, Ozil has joined a club he has supported for years, Fenerbahce, taking a pay cut to do so.

His salary sacrifice paved the way to a club close to his heart, and Ozil says he is embracing the pressure that comes with playing for that club.

"Fenerbahce is also a big club and I know there will be pressure here. This is a club I love very much. I will do my best. I hope everything will be fine."

At Wednesday's unveiling, Ozil revealed a new shirt number, 67, having previously been Arsenal's No. 10.

The No. 67 shirt is certainly far from a traditional choice, but it was one made due to a personal connection for Ozil.

Ozil's fondness for the number appears to stemfrom thefirst two digits of the postal code of his family's hometown of Zonguldak in Turkey.

The 32-year-old midfielder was born inGelsenkirchen, Germany and is athird-generationTurkish-German.

As a result of his upbringing, Ozil grew up supporting Fenerbahce,while his boyhood hero was the club's legendary forward Ridvan Dilmen.

Ozil's family hails fromHışıroğlu, a village in the district that has the postal code 67802.

And, despite more traditional numbers like 19, 21, 22, 23 and 24 being available, Ozil appears to have paid tribute to his family's home via his shirt number.

Prior to taking the shirt, Ozil hinted that he could claim 67 as his own with a tweet.