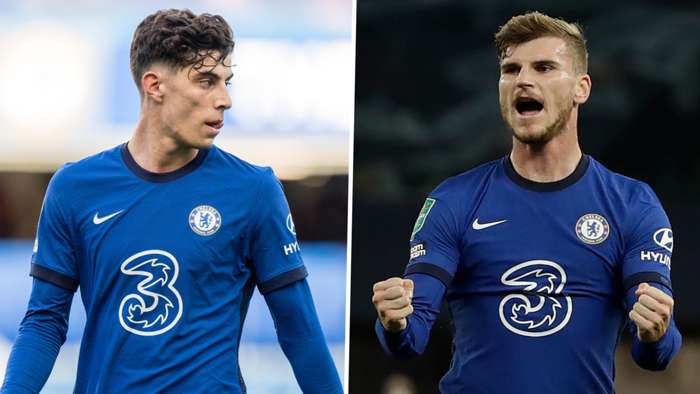 The Blues invested a total of £117.5 million ($161m) in the players, with Werner arriving from RB Leipzig while 21-year-old Havertz joined from fellow Bundesliga side Leverkusen after enjoying a breakout season in 2019-20.

Neither player, however, has managed to live up to the hype since moving to Stamford Bridge, while the Blues have also struggled for form and consistency and lie a disappointing eighth in the Premier League standings.

Werner has mustered just four goals in the league so far, with Havertz finding the net on one solitary occasion; but Abraham believes the duo need more time to settle into their new surroundings.

“We have hardly had any time to train together and to work out how each other play so we’re just taking every day as it comes at the moment,” the youngster explained to Chelsea's official website.

In contrast to his team-mates' woes, Abraham has enjoyed a fine campaign to date, netting eight goals in all competitions including six in the Premier League, more than any other Chelsea player in 2020-21.

“I dreamt about it as a little boy and I still feel like I’m dreaming today,” he added.

“I’ve been at the club since the age of seven so you can imagine how much I’ve always wanted to make it to the top level. I still have to pinch myself now and then when I realise where I am today.

“I think you need the experience of going out on loan as a young kid, playing men’s football at the top level. I was getting kicked and scratched in games and you have to learn that ugly side of football as well. It really prepared me to know what I had to come back and do.

“I had to learn to use my body more because you don’t need it as much as a kid growing up. I learnt about being in the right positions, had to work on my finishing of course, and just try to understand my team-mates more. That’s the main thing I’ve learnt over the years.”

“You have to be hungry and work hard because you see a lot of talent at the younger ages when you’re growing up at Chelsea but we know that talent alone is never enough.