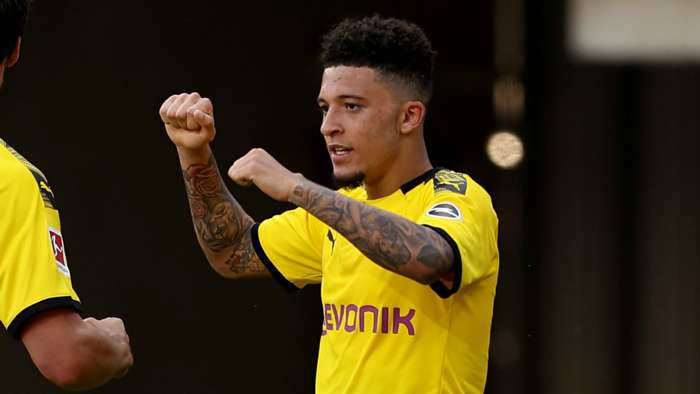 The agent of Real Madrid star Gareth Bale believes that the transfer market will not be adversely affected by the coronavirus crisis in the long term.

The pandemic has played havoc with world football since the beginning of the year, with play stopped around much of the globe between the middle of March and June as communities around Europe went into lockdown.

With clubs having been left without crowds to play in front of and complications with TV revenue, there has been a fear that the football market might implode, with some predictions suggesting that transfer values could drop by up to 30%, potentially scuppering moves like Jadon Sancho's reported switch to Manchester United, but Jonathan Barnett does not believe that will be the case.

“If a club has the finances to pay for a transfer, they will do it,” he told ESPN. "The clubs have to be run properly. Every business in the world has to be run properly. Nobody forces anyone and says 'you must have a big transfer.' You've got to look at it generally, and you can't compare apples and oranges. Some clubs can, some clubs can't. What is most important is that every club is run properly."

Barnett believes that clubs have been winded more than anything else and that after a period of stabilisation, normal service will return.

“Clubs have suffered losses and it will take time to get back because they will have to recoup them,” Barnett said. “But when the crowds come back, the money comes back into the game, it will carry on as normal. Slowly things are coming back but it will take a while. There's no doubt about that.

“We've maintained a slightly different view because we haven't really been looking to talk about football with clubs. With this virus going on and unfortunately a lot of people being ill and dying, it wasn't the right time to start talking about transfers and things like that.

“We haven't really gone into that aspect of it. As we're coming out of it and clubs start to play again, then we can start to talk.”

Additionally, Barnett hit out at UK Ministers, who had criticised footballers for not contributing sufficiently to society.

“I think some of the statements that were made early on by a couple of ministers were outrageous,” Barnett said. “They were made by people who don't know what they're talking about. As a group of people, I think footballers give more money to charity than most. They do some great things and some of those statements were outrageous.

“I have a player who has given a million pounds. Others have given a few hundred thousand pounds. They've given a lot of money to charities. The statements weren't thought out. The answer that was given was ignorant.”