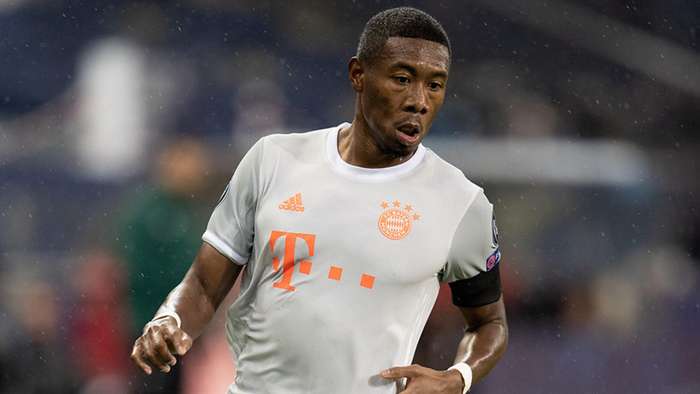 David Alaba’s wage demands are proving a stumbling block with regard to a move to Real Madrid, Goal can confirm.

The Austrian is keen to take advantage of his free-transfer status, and this is now proving to be a problem for Real as well - despite the player's preference for a move to Spain.

Real want to push through a deal, but his representatives - headed by Pini Zahavi - have told the Spanish champions that Alaba wants a wage of €13 million ($16m/£12m) a season after tax.

Such a wage would catapult Alaba to the top of Real’s wage structure, ahead of Sergio Ramos who is picking up €12 million ($15m/£11m) a season.

Given Ramos is in the final year of his contract with Real, and that talks have reportedly stalled, pushing ahead with a deal for Alaba on such terms would be problematic for the Madrid giants, who are ready to sanction a pay packet worth €10 million ($12m/£9m).

While Alaba is still to commit to a new club, there is always an outside chance that Bayern could persuade him to stay.

Karl-Heinz Rummenigge said before Christmas that the door remained ajar for Alaba to come back into the fold and sign a new deal, and coach Hansi Flick spoke in glowing terms of the 28-year-old following the game with Mainz on Sunday.

“He is very important to us, on and off the pitch,” Flick said on Sky Germany. “He is very popular and supports young players.

However, board member Oliver Kahn has said the player has turned his back on the prospect of remaining at the Allianz Arena.

"We rolled out the red carpet for David Alaba and went to our limits,” Khan told SportBild. “David and especially his advisor Pini Zahavi did not walk this red carpet.”

The transfer saga is likely to rumble on for some time yet, and Flick will hope it does not prove a distraction as his side attempt to defend their Bundesliga and Champions League crowns.