Always a place for a player of Ozil's quality at Arsenal, says Gunners manager Arteta 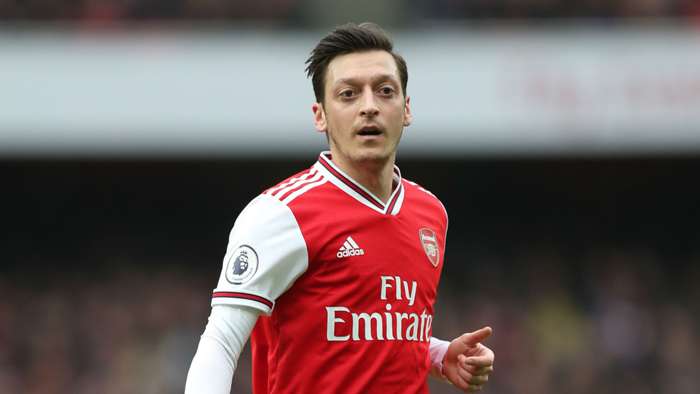 A player of Mesut Ozil's quality will always have a place at Arsenal regardless of what system they play, says Mikel Arteta.

Ozil featured in all of Arsenal's games under Arteta prior to the Premier League being suspended amid the coronavirus pandemic, but he is yet to feature since the resumption.

A back injury kept the midfielder out of the matchday squad for the FA Cup quarter-final victory over Sheffield United last weekend and the 4-0 triumph over Norwich City on Wednesday.

Arteta deployed a 3-4-3 for the visit of the Canaries to Emirates Stadium and thinks Ozil, primarily used as a number 10, could still be useful in that formation.

"I think players can adapt to different systems and we can adapt systems for different players," said Arteta.

"There's always a place for a player of his Ozil's quality."

Bukayo Saka did not feature against Norwich on the day the club announced he had signed a new contract.

The 18-year-old academy product has been used in attacking and defensive roles on the left since breaking through this season, with Arteta yet to decide on where he will playin the long term.

Asked for Saka's best position, he said: "Evolving, getting better and getting to understand different positions, and finally we will fit him in in one that gives the best - but at the moment we need him to float a little bit because he gives a lot of versatility to do different things even with the same shape.

"He understands the position really well, he picks the movements and the situations and when to use the spaces really, really quickly. He's very intelligent and I think it's a really good thing for his development to do that."

Saka has scored three goals and supplied 11 assists in 33 appearances in all competitions for Arsenal this season, leading to suggestionshe could force his way into the England squad for next year's European Championships.

"I don't know," said Arteta when asked if Saka should be looking to nail down a spot in Gareth Southgate's team.