‘Arsenal are back & hunting down Liverpool!’ – Merson in jovial mood as confidence returns to Gunners 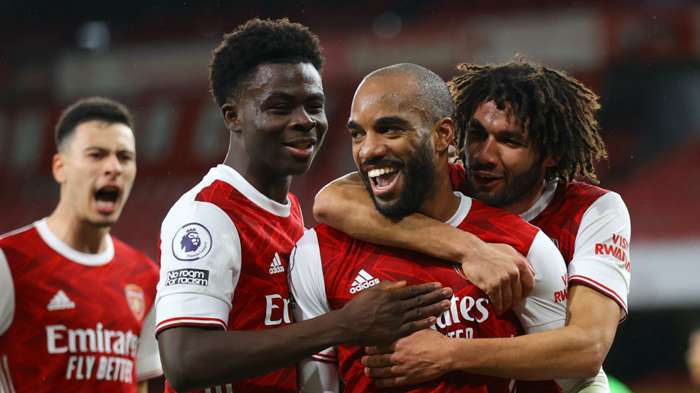 Paul Merson has not been shy in airing his disappointment at Arsenal’s showings in 2020-21, but back-to-back wins have the former Gunners star joking that Mikel Arteta’s side “are back” and “hunting down Liverpool”.

Arsenal got off to their worst start to a season since 1974-75, with uncomfortable questions being asked of Arteta and his lack of experience in top-level management.

The tide did, however, start to turn during the festive period, with the Gunners collecting morale-boosting victories over Chelsea and Brighton.

Those at Emirates Stadium cannot claim to be fully recovered, with there still a lot of work to be done by Arteta and Co, but they are moving in the right direction again.

Merson is looking to take encouragement from that, with the ex-Gunners midfielder seeing confidence returning to a side that has been alarmingly short of that quality this term.

“Arsenal now have two wins on the bounce – how many are they off Liverpool? They can catch them!” Merson said in the Daily Star.

“They are back. If they win against West Brom they will be hunting down Liverpool!

“I'm joking, of course I am but I am pleased to see them back to winning.

“They needed a little bit of luck and they got it against Chelsea with the penalty and then Mikel Arteta put some youngsters in with legs.

“Sometimes when you bring players in they have something to prove and they want to do it for the club.

“I'm really pleased for Arteta to see them get those wins over Chelsea and Brighton.

Arsenal will have the opportunity to make it three wins on the bounce when they take in a trip to West Brom on Saturday evening.