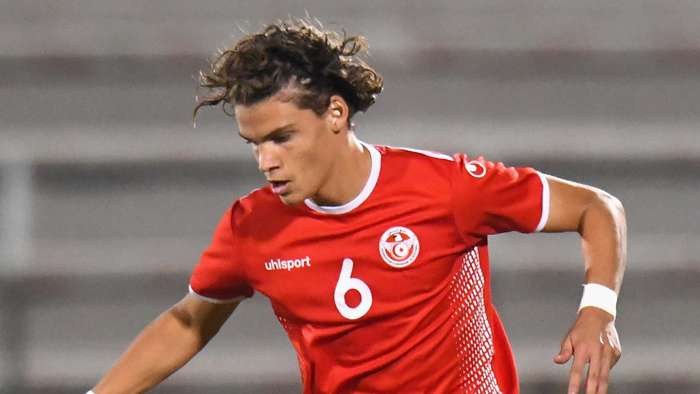 Arsenal have completed the signing of Omar Rekik from Hertha Berlin.

Bildreports Arsenal have agreed to pay Hertha around £540,000 to land the centre-back, who had periods in the youth academies of Feyenoord, PSV, Manchester City and Marseille before joining the German side.

Arsenal manager Mikel Arteta confirmed on Thursday that the defender's arrival was all but complete, telling reporters at a press conference: "He’s a young talent that we’ve been following for a while that we believe has a really bright future."

The Tunisia Under 21 international is yet to make his senior debut, having played regularly in the fourth-tier of German football with Hertha Berlin II this season, but he was an unused substitute in three Bundesliga matches last season.

"It feels great to be here after a long time of hard work. It feels great. I moved in three weeks ago and I’ve been in quarantine, so I can’t wait to get started," Rekik told Arsenal's website.

"The warmth of the people and the interest that they showed in me, and of course, when a club like Arsenal is interested, I don’t think anyone needs to think twice.

"I’m a winner. I always want to win, and that’s with everything, not only football, ever since I was a kid. My style of play? I’m a central defender and I like to play with the ball, I like to play out from the back, and I think this is also the structure of the club. It fits perfectly."

Rekik says Arsenal's playing style played a key role in his choosing to continue his career in north London.

"With Mikel Arteta, if you watch the games, he’s not a coach who thinks quickly to play a long ball. Of course, when needed, you have to do it, but I think the style of play fits," he added.

"As a young player, you need to play somewhere where they’re not afraid to give you a chance and you can see a lot of youth players have broken through here, and I want to be the next one."

Rekik, who is the north London side's first signing of the January transfer window, was linked with a move to the English capital in the summer transfer window, but a move did not materialise.