‘Arsenal need Ozil, Sokratis and Mustafi out the door’ – Ex-Gunner Nicholas says ‘defence is key to the rebuild’ 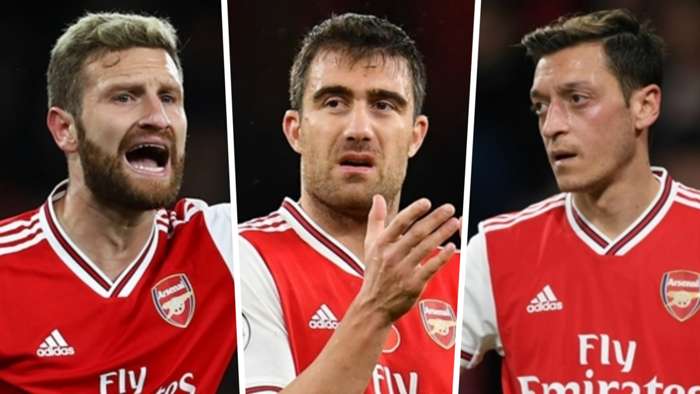 Arsenal need Mesut Ozil, Sokratis and Shkodran Mustafi “moving out of the door”, says Charlie Nicholas, with Mikel Arteta told that plugging holes in a leaky defence is “key to the rebuild” at Emirates Stadium.

Arteta has had seven months in which to cast an eye over the options available to him, with an inconsistent squad inherited from Unai Emery in December 2019.

The highly rated coach is considered to have the Gunners heading in the right direction, with a sense of optimism returning after claiming some notable scalps in the Premier League and en route to the FA Cup final. Arsenal are, however, still a work in progress and hope to be in a position to freshen up their ranks during the summer transfer window.

Nicholas is hoping to see the north London outfit get their important transfer calls right after too many years of mismanagement on and off the field.

He told Sky Sports: “This has been a tough test for Mikel Arteta, but I think Arsenal have realised they have got to go all out and sort the defence out. If the defence is sorted, they can start moving up the table.

“Some players need moving out of the door, Ozil, Sokratis,Mustafi - these players have to move on, and Arsenal need to freshen things up.

“The defence is key to the rebuild, they have been rebuilding for seven, eight years, this period in particular has been awful for Arsenal fans, but I think Arteta knows the right path to take.”

Sokratis has been linked with a move away from the Emirates this summer, but the Greek defender’s agent has sought to quash speculation suggesting that a deal is imminent.

The representative of World Cup-winning playmaker Ozil has also been playing down exit talk, with theexperienced 31-year-old on a lucrative contract expected to stay put and become a free agent in 2021.