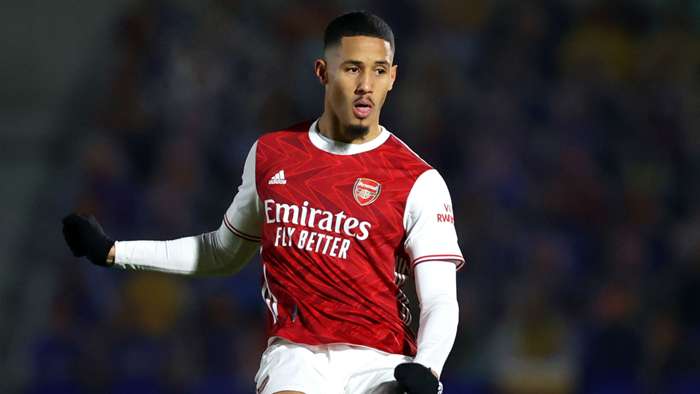 Nice loanee William Saliba has revealed his frustration at not being given the opportunity to show his worth on a regular basis in the Arsenal first team.

But he then found opportunities hard to come by underMikel Arteta when he linked up with the Gunners at the start of the current campaign.

The defender failed to make a single appearance for Arsenal, and at the start of January returned to Ligue 1 on another short-term move.

He has since become a fixture in the Nice first team, and believes he had something to offer Arteta as part of his defensive plans.

"To think that I would arrive, where people were expecting a lot from me, the fans were excited about me and you find yourself in the reserves, playing zero â€“ nothing in the Europa League or the Premier League.

"I was in the squad once in the EFL Cup. It hurt me, it affected me. I don't think I left too early. When you feel ready you have to go. These things happen. I believe in myself."

Saliba is happy to finally be playing first-team football, but he will not be tempted into thinking beyond the rest of the 2020-21 season.

"I have learned now that it is better not to look too far in the future," he added."I am focused on just these six months to try to give absolutely everything and for the rest we will see.

"For me, the best decision was to join Nice because there is a good project, a good team, a good level of ambition and they like to play in a certain way.

"It feels good to play and to have consistent game time. I am young, I am 19, and it is by playing matches like this that you improve.