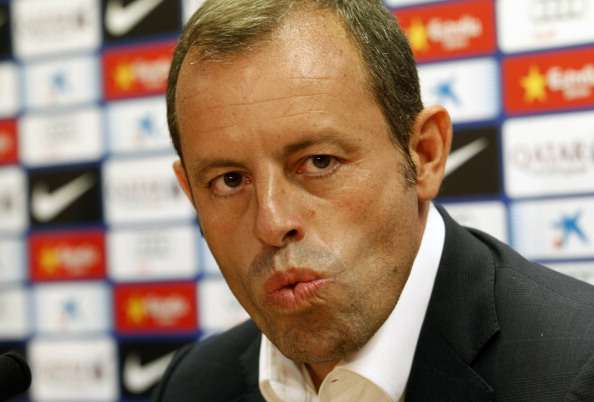 Barcelona suffer on the pitch for having such a wide-ranging club model, former president Sandro Rosell believes.

The Blaugrana have endured a tumultuous season with off-field issues - including an apparent row between Lionel Messi and the board - playing out in the background as their La Liga title defence stutters.

Barca have not won the Champions League since 2014-15 either and face a battle to progress through a last-16 tie with Napoli this term.

But for all of the club's problems, Rosell suggests Barca would be more competitive if they did not also run teams at various other levels and in a number of other sports.

Joan Laporta's former adviser, who was Barca president himself from 2010 to 2014, even claims the FC Barcelona Foundation saps their resources.

"As an entity, we have to evolve towards a 'mas club' model," Rosell told Sport .

"Barca is too many things. You have to sit down and analyse in depth if you really need the professional sections, the amateurs, the Foundation...

"If we don't, we will lose rope. We cannot cover everything, and everything that is not football causes us to lose competitive capacity with the big clubs in Europe, who are only dedicated to football.

"You have to sit down, discuss it, explain it in an assembly and, if necessary, hold a referendum. Someone has to dare to do it.

"I know it is uncomfortable. The easy thing is to use cheap demagoguery and attack this debate, but it has to be done."

Rosell, who spent 645 days in prison as part of a money laundering investigation but has since been acquitted, was also asked who he would sign for the club if he were to be reinstated as the Catalan club's president.

“Neymar,” the 56-year-old said. “He is the only player, along with Messi, who really makes a difference. He has a great personality on the field.”

Of Neymar's off-field antics, however, he added: “Of course, I would make two contracts. One sporting and one behavioural.”