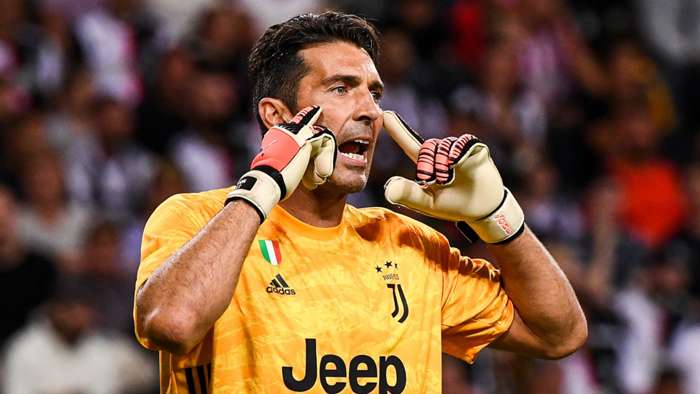 Gianluigi Buffon has committed to another 12-month contract at Juventus, with the 42-year-old claiming to be relieving his youthas he keeps a “fire burning inside”.

The legendary goalkeeper has once again postponed any plans to hang up his gloves.

Retirement has been hinted at in the past, but the World Cup winner is reluctant to walk away while he still feels that he has something to offer.

Juve, having parted with Buffon when he headed to Paris Saint-Germain for a one-year stint in 2018-19, are happy to have a vastly-experienced figure forming part of their plans.

Wojciech Szczesny is now first-choice in Turin, but having a reliable back-up option is most welcome.

The Bianconeri have tied Buffon down until the summer of 2021, with the former Italy international delighted to be getting such opportunities in the twilight of a distinguished career.

“I still have the fire burning inside of me,” Buffon told Randstad Italia on Instagram of the desire for competition that he has never lost.

“I keep playing because I feel good and I’m competitive, plus I always want to improve.

“The moment I became a No.1, that passion turned into work, an obligation not to look bad and to always remain at the top.

“In the last 12 years of my career, I’ve enjoyed victories little and thought a lot about the defeats.

“When you’re used to winning, it seems normal. In that sense, the wins have a minor impact on you but frustration of losing remains.

“I must try making peace with this, otherwise I risk never quitting.”

Many have joked that Buffon could play on towards his 50th birthday, with there no sign of the veteran shot-stopper slowing down.

He is still one Serie A appearance short of passing AC Milan great Paolo Maldini at the top of the all-time list in the Italian top-flight.

That outing should arrive at some stage, with Maurizio Sarri giving Buffon minutes in cup competitions.