‘Celtic shouldn’t go anywhere near Hart!’ – Ex-Man City keeper ‘too much of a gamble’, says Sutton 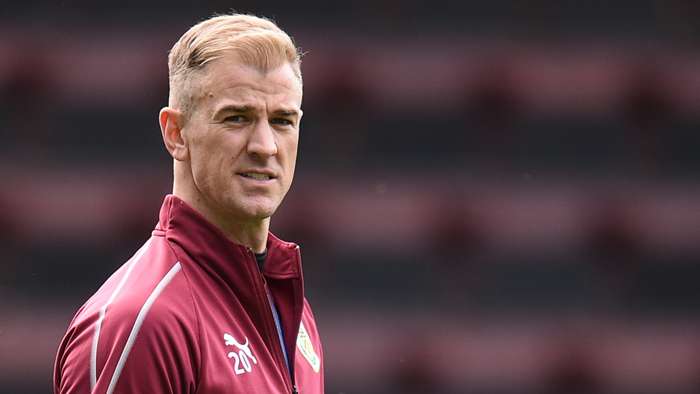 Celtic “shouldn’t go anywhere near” Joe Hart, says Chris Sutton, with the Scottish champions warned off any approach for an England international goalkeeper who has endured a humbling fall from grace.

The Hoops may find themselves in the market for a new shot-stopper ahead of the 2020-21 campaign.

Craig Gordon has already departed Parkhead, with the 37-year-old making a return to Hearts, and there is no guarantee that Fraser Forster will be back in Glasgow next season.

He returned to Celtic on loan from Southampton in 2019-20, but big money would be required to make that move permanent.

As a result, Neil Lennon is expected to explore alternative options.

There has been talk of Hart, who has been released by Burnley into free agency, being targeted by Celtic as an experienced option to fill in between the sticks, but Sutton feels the 33-year-old former Manchester City star would be the wrong choice.

The former Hoops striker told the Daily Record: "I’ll tell you one place they shouldn’t go anywhere near and that’s Joe Hart.

"He was a top-class goalkeeper at his peak, but he’s too much of a gamble having had a bad spell in his career.

"If you want my opinion, he won’t be anywhere nearCeltic Park.

"This is a crucial decision for the club. Missing out on Forster would leave a gaping hole and Lennon is going to want a proper No.1 who can command and also provide some calm during a tense season.

"Scott Bain is there just now but if Lennon thought he was a first choice, he wouldn’t have signed Forster last summer, so it’s not going to be him.

"Celtic willhave irons in the fire. They’ll be looking across the continent and trying to source the best available. But goalkeeper is such a specialist position which requires a certain type and this is not a time for gambles.

"This is a time for experience and solidity. For someone who knows the place.

"Sure, you could dig out a top foreign goalkeeper like an Artur Boruc and strike gold. Find a potential superstar or a current top-class operator who steps right into the position with ease.

"However, go into unknown territory and you could also land a Magnus Hedman or a Dimitri Kharine and see 10 in a row go down the plughole."