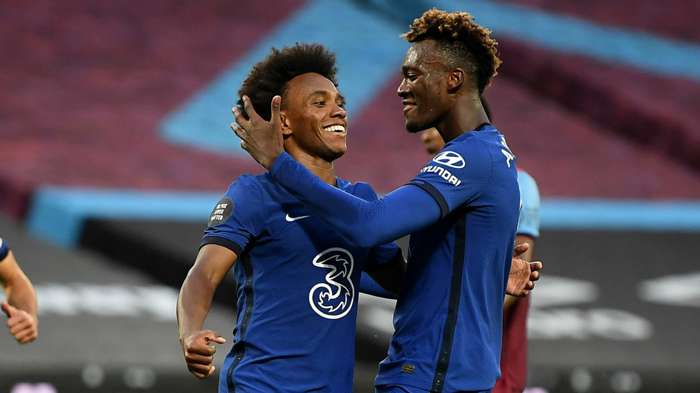 Chelsea will be determined to bounce back from defeat when they welcome Watford to Stamford Bridge in Saturday’s Premier League clash.

The Blues saw their five-match winning streak brought to an end by a shock 3-2 defeat at struggling West Ham on Wednesday, a result which kept them in fourth place and in a fight for the Champions League.

However, they are clear 2/5(1.40) favourites with bet365 to put that behind them by coming out on top against more relegation-battling opposition.

Nigel Pearson’s men have only picked up one point from a possible nine since play was resumed and are 13/2 (7.50) long shots to pull off their first victory at this ground since 1986.

Just one of the last 15 fixtures at this ground has resulted in a draw, but there are odds of 7/2 (4.50) available on this one finishing up in a stalemate.

Callum Hudson-Odoi could be involved after taking his place on the bench following injury against West Ham, although Fikayo Tomori may not be passed fit despite returning to training.

Defeat at the London Stadium showed that Frank Lampard’s side has not lost the inconsistent streak that plagued their season prior to the suspension of play, coming after a five-match run that produced victories over all three of the sides above them in the league.

This unpredictability must largely be attributed to having the league’s fourth-best attack but only 11th-best defence, conceding the same number of goals as relegation-battling Brighton.

That combination has certainly provided plenty of entertainment, with 30 of their 45 fixtures in all competitions producing at least three goals and 12 seeing four or more.

With the Hornets struggling for form, odds of 21/20 (2.05) look well worth backing on Chelsea securing a seventh win in eight over Watford and over 2.5 goals being scored for the eighth consecutive encounter.