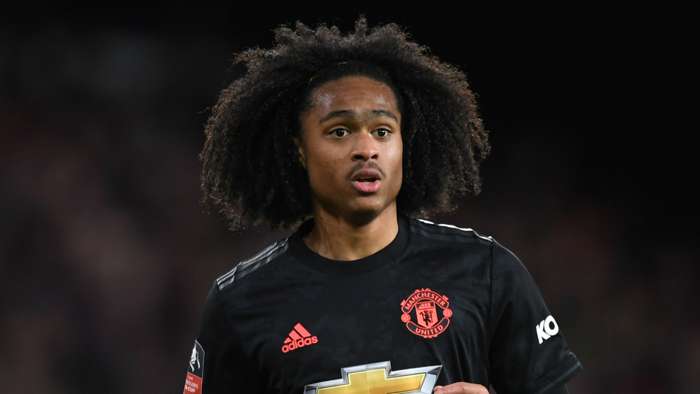 Tahith Chong's agent has spoken out on the winger's links with Werder Bremen, confirming that the Manchester United starlet "wants to go to the Bundesliga".

The 20-year-old has scored two goals in 16 games over the past two seasons, with his latest outing coming from the bench during a 2-1 win over LASK in a round of 16 second-leg Europa League tie on Wednesday night.

The Netherlands Under-21 international was due to become a free agent at the end of the 2019-20 season, but United ultimately decided tohand the attacker anew two-year deal back in March, with the option to extend by a further year.

Chong told the club's official website after the announcement was made: "I am delighted to sign this new contract and really grateful for the chance to prove myself here for many years to come."

Despite Juventus and Inter being credited with an interest inDutchman before he committed to fresh terms,Ole Gunnar Solskjaer insisted that Chong has a "bright future" at Old Trafford, while praising his "dedication" to the Red Devils' cause.

However, Werderhaveemerged as a potential next destination for Chong over the past week, with reports in Germany stating that the youngster's agentErkan Alkan has held talks with the German club in Bremen.

He is reportedly being lined up as a potential replacement for exit-bound Milot Rashica atWeser Stadion, andAlkan has fuelled speculation during an interview with Bild.

Chong's representative stated: "Tahith wants to go to the Bundesliga. We will talk about that with Manchester United on Thursday."

Werder sporting directorFrank Baumann confirmed the club's intention to swoop for the midfielder earlier this week, telling Weser Kurier: "Chong is very fast, he comes in from the wing - he fits our profile.