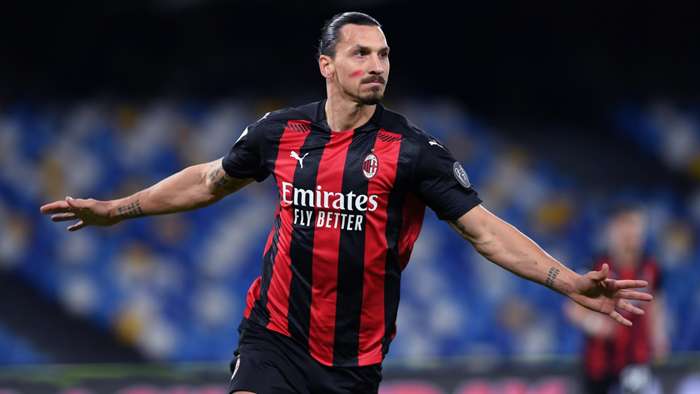 Dejan Kulusevski urged evergreen Milan star Zlatan Ibrahimovic to come out of retirement and play for Sweden at this year's rearranged Euro 2020.

The 39-year-old forward – Sweden's all-time leading scorer with 62 goals in 116 appearances – has hinted he is ready to end his international retirement ahead of the European Championship as he continues to light up Serie A with Milan.

"We write to each other. He is an idol for me, as hardly anyone in the world can do what he does," Kulusevski told Sky Sport Italia of Ibrahimovic, who has scored 10 league goals this season and 11 across all competitions for Serie A-leading Milan.

"When he speaks highly of me, it makes me work even harder the next day in training, because I am so proud.

"I really hope he returns for international duty with Sweden at the Euros. It would be wonderful for me and all of Sweden. Come on, Ibra!"

Juventus recorded their third consecutive league win for the first time since July after overcoming visiting Sassuolo in Turin.

Goals from Danilo, Aaron Ramsey and Cristiano Ronaldo kept fourth-placed Juve in touch with Milan, after Sassuolo's Pedro Obiang was sent off prior to half-time – the defending champions are seven points adrift.

Ronaldo completed the scoring at the death as the five-time Ballon d'Or winner made it 15-plus goals in 15 different seasons in the top five European leagues.

Juve also conceded a goal in a Serie A home game while playing with a numerical advantage for the first time since October 2013 against Milan after Gregoire Defrel cancelled out Danilo's 50th-minute opener 13 minutes into the second half.

Kulusevski came off the bench to replace the injured Paulo Dybala before the interval and he added: "I had just one thing in my mind when I came on, which was to win the game. I could've done much better, but I am glad we got the points.