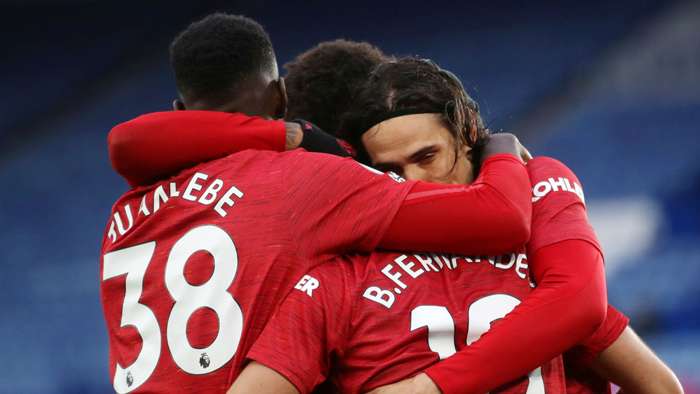 Axel Tuanzebe admits that Champions League exit disappointment has lingered at Manchester United, but the Red Devils are looking to achieve “the second best thing” by winning the Europa League.

Progress has been made into the last 16 of the Europa League, after seeing off Real Sociedad, and those at Old Trafford are now looking to make their way down an alternative route to major silverware.

Tuanzebe has told United’s official website ahead of Friday’s last-16 draw: “We want to win the competition. We are in it to compete. What is the point in being in it to just play in it? We want to win.

“It was disappointing to get knocked out of the Champions League so this is the second best thing.”

The Europa League is one of several targets for the Red Devils as they enter the business end of an eventful 2020-21 campaign.

Solskjaer’s side are also through to the quarter-finals of the FA Cup, while a second-placed standing in the Premier League has them well on course to secure further Champions League qualification at the very least.

Major silverware remains the ultimate target, though, with United having gone four years without a trophy and with four semi-final setbacks from the last 12 months still fresh in their memory.

Tuanzebe added on those reversals: “They’ll always stay with you, it’s a learning curve, it’s an experience.

“You don’t want to feel like that again, that’s the most important thing and you always remember the feeling of losing – even more so than winning. You try your best and do everything to ensure that doesn’t happen again.”

Solskjaer has always been keen to point out that he is working towards long-term targets at Old Trafford.

The Norwegian has his side back in contention for top honours, with patience being rewarded on the back of serious questions being asked of a Norwegian coach who enjoyed considerable success in Manchester as a player.