FIFA 21 Ultimate Team Promotions Calendar: When are the major events in FUT? 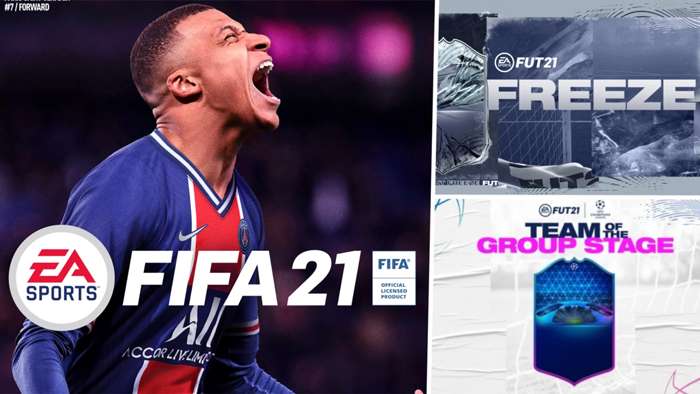 Throughout the season, EA Sports releases new events and promotions in FIFA 21, built around a particular theme or competition.

Events such as Team of the Season, Team of the Year and FUTmas have been really popular in previous editions of the game and fans are always looking forward to see what the next promotion might bring.

One of the biggest events in the FIFA Ultimate Team calendar hasyet to be launched, with Team of the Year due in January.

This is usually followed by Winter Transfers and Ratings Refresh, which sees players upgraded after good performances during the year as well as being assigned to their new clubs after moving in the January transfer window.

Future Stars and Headliners have been popular promotions in recent years, but it is not 100 per cent certain they will return in their usual form in FIFA 21, especially after Ultimate Scream was replaced by Rulebreakers and FUTmas changed to FUT Freeze for the 2020-21 season.

Team of the Year is one of the biggest events of the FIFA calendar with Team of the Season coming close behind with regards to both hype and high-rated players.

The Team of the Year used to be connected to the official FIFA World XI selection, but in recent years has become a user-generated selection so as to keep the in-game promotion in January.

It is expected that the FIFA 21 Team of the Year will be released around the first or second week of January, so it is likely to be launched on January 8 or January 15.

Read more about Team of the Year.

In the past two seasons of FIFA, the Future Stars promotion began after Team of the Year.

Where Team of the Year celebrates the best players in the world, Future Stars attempts to identify the players who could be the biggest names on the planet in a few years.

Jadon Sancho and Vinicius Jr were among the Future Stars in FIFA 19 while Joao Felix and Mason Greenwood were chosen for FIFA 20.

These Future Stars receive huge ratings upgrades and can be among the best players in the game when they are released.

If EA Sports brings back Future Stars in FIFA 21, it will likely be released around January 20 or 22, once Team of the Year is over.

Although some of the previously popular events were replaced in FIFA 21, it is expected that Ratings Refresh will return again once the transfer window closes.

Football fans will be eager to use their club's new signings as soon as possible, especially in FIFA Ultimate Team as players with new clubs and new leagues help squad building and provide for more variety of options.

The Ratings Refresh has been accompanied by a Winter Ones to Watch team in recent years, which features the biggest names who move in January.

This year'sRatings Refresh is expected to begin once the transfer window closes, so is due to launch in FIFA 21 on February 14.

Team of the Season is one of the most popular promotions in FIFA as it contains hundreds of upgraded players from all the top leagues in the game.

Each of the major five leagues gets a Team of the Season squad, while leagues around the rest of the world also see special players released with big upgrades.

Often, these are the best players in the game, so Team of the Season is always hugely anticipated every season.

Team of the Season is set to launch in FIFA 21 around the end of April or the beginning of May.

EA Sports had usually released each FIFA promotion around the same time each year, so it became easy to predict which promotions might arrive each month during the season.

However, for FIFA 21, they mixed things up somewhat, replacing both Ultimate Scream and FUTmas with new events, so the same process could be followed in the second half of the season.

The calendar below shows when each event occurred in the last foureditions of FIFA and what may be expected in FIFA 21.