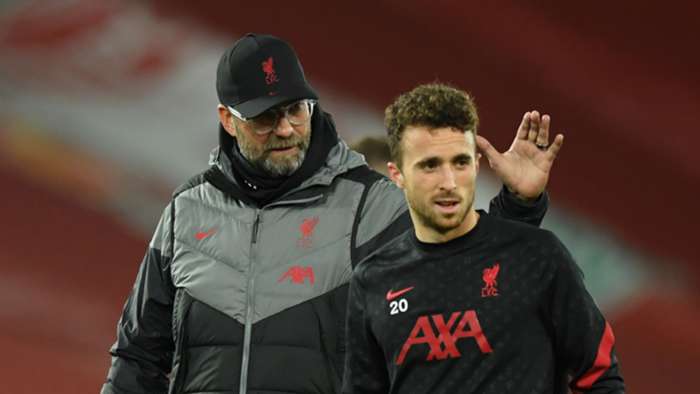 Jurgen Klopp insists he is on the same page as Liverpool’s owners when it comes to the club’s transfer policy.

Klopp says it is unlikely, but not impossible, that there will be any incomings at Anfield this month, pointing out that the club’s revenues continue to be hit by the ongoing coronavirus pandemic.

And when pressed further on the issue by reporters ahead of his side’s FA Cup third round tie against Aston Villa, the German issued an impassioned defence of Fenway Sports Group, Liverpool’s owners.

“So they see exactly the same things I see about the necessity to bring in players and things like this.

Liverpool estimate that they have already lost well in excess of £100million ($135m) as a result of COVID-19, and that figure is set to rise further with fans unlikely to return to stadiums this season.

They were able to spend money in the summer window, bringing in the likes of Thiago Alcantara, Diogo Jota and Kostas Tsimikas, but those signings were balanced with the sales of Dejan Lovren and Rhian Brewster, and the free transfer departures of Adam Lallana and Nathaniel Clyne.

Lovren’s departure, in particular, left a gap. With Virgil van Dijk and Joe Gomez both sidelined for the long-term, and with Joel Matip’s fitness record questionable to say the least, Klopp has been forced to find alternative solutions at centre-back, with midfielder Fabinho playing the bulk of games and inexperienced duo Nat Phillips and Rhys Williams pressed into action.

“It is the situation,” he said. “And on top of that we have January and it is not the easiest transfer window. On top of that is not having the money exactly as you want. Other clubs say 'no, we don't have money but we don't need it as well, we are clear, we have enough to survive’.

"A supporter may look at it and think 'they need a centre half and the other team has a good one so bring him in.' I understand that but my job is not that. My job is to really to make theplayers we have here as strong as possible to deal with it.

“And again, would one centre0half help and sort all our problems?Maybe for a game or two, but then he could be injured as well. We don't know.

"We have to work together and we did that so far. It is the trickiest situation you can imagine - three senior centre-halves and they are all injured. That doesn't happen a lot but it happens so we have to deal with it. We cannot sort it now in the transfer market.

“The club tries what it can, but if they can't then we have to do what we did so far; get stronger as a group, stick more together and fight against the world, if you want. Fight against the circumstances. Strike back with all you have and make it the most special season ever.”

He added: “So now when everyone is thinking 'now they have no chance.' We played without three centre halves and yet nobody said to us 'that's your excuse for not winning football games.'

“Nobody is interested in that - no pundits, no journalists - no-one says that. It is OK, we are Liverpool and we have to win football games, we know that is what we try all the time, but we deal with the situation as good as we can.

“If the world was in a completely normal place and we have this situation, you could be sure we would try everything to do the right stuff now. But the world is not in a normal place. We are still in the middle of a pandemic so that's not the best time we've ever had.

“I cannot go to the people and say 'without that, we cannot win anything'. have to do what we have to do and make the best of it. And that is what we have always done.
"It's not that nobody wants a new signing, the question is if we can."

Liverpool remain hopeful that Friday’s game at Villa will go ahead despite a “significant” coronavirus outbreak at the Midlands club.

Villa were forced to close their Bodymoor Heath training ground on Thursday after a number of positive COVID tests, while manager Dean Smith’s pre-match press conference was cancelled.

The Football Association say they are working closely with the club to ensure that the fixture can be fulfilled, perhaps with a number of U23 and U18 players, but a final decision will be made on Friday pending the results of additional COVID testing.