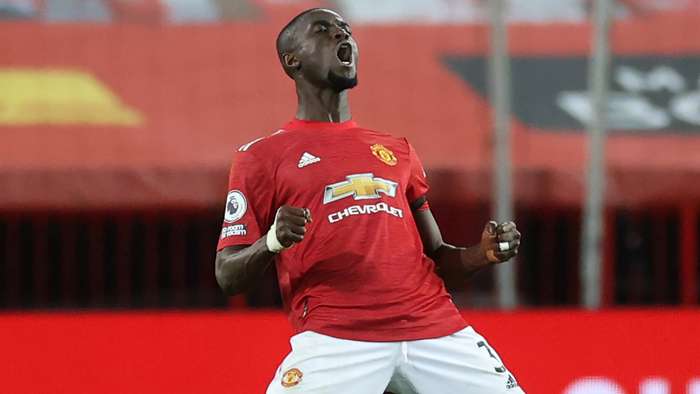 Manchester United are "onto a good thing" with Eric Bailly if he can steer clear of injuries, according to Rio Ferdinand.

The Ivory Coast international helped the Red Devils win aEuropa League and League Cup double in his first season but has since been unable to hold down a regular spot in the team due to fitness issues.

He only made four Premier League appearances for Ole Gunnar Solskjaer's side in 2019-20 and fell behind Harry Maguire and Victor Lindelof in the squad pecking order.

However, Bailly as enjoyed something of a mini-resurgence since returning to the starting XI in December.

Solskjaer has named the 26-year-old in his line-up in each of United's last four games across all competitions, including a 2-1 home win over Aston Villa last Friday.

Bailly's importance was underlined when his last-minute block prevented Villa from scoring an equaliser, and he was mobbed by his relievedteam-matesafter the final whistle.

Ferdinand thinks thecentre-back has all the qualities to slot in alongside Maguire in the long-term, but he still has some doubts over his physical condition.

"A big thing that has gone under the radar is Eric Bailly," the United legend said on his YouTube channel FIVE.

"Bailly has good attributes, he’s quick and aggressive. If he can cut the silly mistakes out which he had previously and gets away from injuries and gets a clean bill of health, I think Manchester United are onto a good thing."

The Red Devils latest victory saw them move level on points with reigning champions Liverpool at the top of the table, and they still have a game in hand to take in against Burnley on January 12.

Ferdinand thinks Solskjaer's men are capable of mounting a realistic title challenge, having discovered a consistent streak over the last couple of months which had previously been lacking.

He added: "Whenever I spoke about Man United, the first thing I always said was we weren’t lacking quality, personalities or the right type of characters, it was simply a lack of consistency, we didn’t have it.

"We all know Paul Pogba, Marcus Rashford, Anthony Martial and Mason Greenwood can be top players on their day. But were we doing it as collective on a consistent basis?