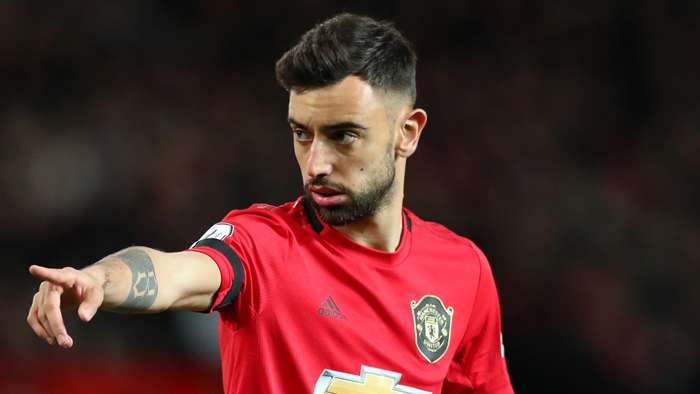 Bruno Fernandes is the most exciting talent on Manchester United’s books at present, says Ryan Giggs, with the Portuguese’s willingness to gamble when in possession making him perfect for the Red Devils.

Ole Gunnar Solskjaer knew what he was getting when snapping up a 25-year-old playmaker in the January transfer window.

United had been monitoring Fernandes for some time and ultimately took the plunge over the winter in order to prevent domestic and European rivals from pipping them to a prized signature.

Big things were demanded of a new arrival at the Theatre of Dreams, but expectations have been exceeded during a stunning start to life in England.

Fernandes has hit the ground running in English football, becoming a talismanic presence for United in the middle of the park.

He now has a fit-again Paul Pogba alongside him, while the likes of Anthony Martial and Mason Greenwood are starring in more advanced roles, but there is one undoubted star for the Red Devils at present.

“100 per cent Fernandes since he came in,” United legend Giggs told the Webby & O’Neill YouTube channel when asked which player gets him out of his seat.

“He excites me because every time he gets on the ball he’s looking for something to happen. It doesn’t always come off but that’s a United player – gambling in possession.

“It’s not easy to do by the way because when I was older I could handle it. I could always look for that killer pass – if Robin van Persie was on the shoulder – try it!

“One or two times it might not come off and there might be a groan around but you’ve got to keep trying, keep knocking at the door.

“I don’t know if you remember the last couple of minutes before we scored in the Norwich game, he was chasing back.

“He’s a player that makes things happen as a No.10 but for him to show that... I watched him after, he sprinted back, he didn’t walk back up the pitch.

“He was knackered obviously but he was jogging back to try and win the game. I love that.”