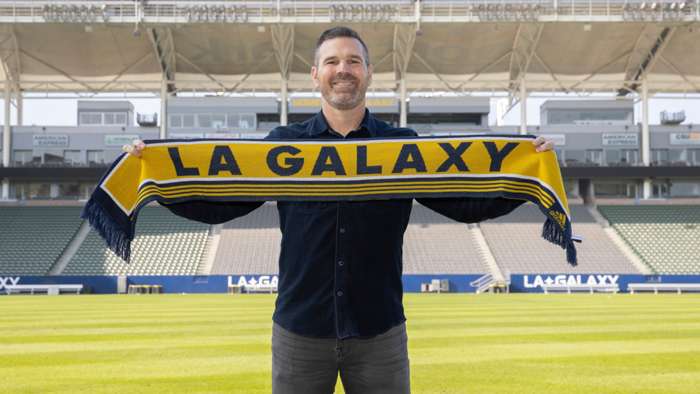 The former Toronto FC coach lifted his side to a treble in 2017, winning the MLS Cup, MLS Supporters’ Shield, and Canadian Championship during that season.

During his six-year stint in charge of TFC, Vanney set the club record for total wins (112) and games coached (250) while guiding the team to three MLS Cup finals and a CONCACAF Champions League final.

He stepped down from his role with TFC after the 2020 season, but will now rejoin his former club as he looks to lead the Galaxy back towards the top of MLS

“I am extremely excited about the opportunity to coach the LA Galaxy,” said Vanney. “The LA Galaxy are an iconic club with a rich history in Los Angeles, MLS and North American soccer over the last 25 years.

“I want to thank Dennis te Kloese, Chris Klein, Dan Beckerman and Mr. Anschutz for the opportunity to coach this team and represent a club so close to my heart. I am committed to working tirelessly for this club, our fans and Los Angeles to win a championship. I look forward to this new challenge in my career and am eager to get started.”

Galaxy general manager Dennis te Kloese added: “Greg is a part of the history of the LA Galaxy and we are confident that he is the right person to lead our team moving forward.

“He has deep knowledge of this club and Major League Soccer as a player and a coach, and has proven to be a consistent winner with a championship pedigree. His accolades as Toronto FC’s manager are evidence of his ability to create and sustain success in our league. We look forward to working with Greg to continue to build a team that will compete for trophies.”

Vanney made 193 total appearances for the Galaxy as a player, tied with for the seventh-most appearances of any player in LA Galaxy history.

After his playing career ended, Vanney was an Academy Director for Real Salt Lake from 2008 to 2011 before joining Chivas USA as an assistant.

He was hired by Toronto FC in 2014, becoming the ninth head coach in the team's history, and is the only coach in the club's history to lead the Canadian side to the playoffs.

Vanney will now inherit a Galaxy team that finished 10th in the Western Conference, having limped through most of the MLS season.

“We are thrilled that Greg is returning to the LA Galaxy as our Head Coach,” said LA Galaxy President Chris Klein.