Giroud set to remain at Chelsea in January despite Juventus interest 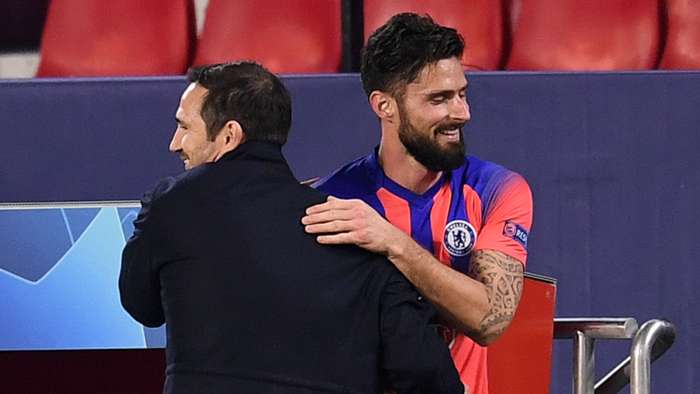 Olivier Giroud is set to stay at Chelsea in the January transfer window despite being flattered by interest from Serie A giants Juventus.

Giroud's contractexpires in June 2021 and there is no specific clause that Chelsea can invoke to extend it, having used an option to keep him for another year in 2020.

The Blues would therefore need to agree a new deal with the 34-year-old for him to continue in west London, with Giroud havingspoken toLe DauphineLibereabout his situation.

He said: "The ambition is to win something with Chelsea this season. The rest of my career, in the short term, I see it at Chelsea. Now we know that things are going very quickly in football, for good and bad reasons. I want to keep a cool head and concentrate on the pitch.

"My contract at Chelsea will end in June, even though I have the option to stay for another year. We will discuss it at the end of the year.

"But, once again, I have the ambition to win something with Chelsea this season because I have high hopes linked to the quality of our squad."

The Blues are open to keeping Giroud beyond his current deal, in part due to his leadership and standing within the dressing room.

The former Arsenal forwardand his family are also known to be settled in London although healmost moved to Inter in January 2020and has since attractedinterest from Juventus, with Italy a possiblefuture destination.

Juve head coachAndrea Pirlo confirmed he was interested in signingGiroud on January 3,but the Serie A championshave now moved onto other targets, withFabio Quagliarella the latest to emerge as a possible new signing.

"He'd be handy!" Pirlo replied whenDAZNasked about him signing Giroud.

"The window opens tomorrow, we already discussed with the club what we want to do and if there are any opportunities. Maybe a striker that can rotate with our strikers."

As well as winning a trophy withChelsea, Giroud's biggest ambition is to lead the line for France at the upcoming Euro 2020 tournament that's due to be held in thesummer of 2021.

He will thenseek to remain at a leadingclub in one of Europe's top leagues whichwould rule out a move to MLS or the Chinese Super League.