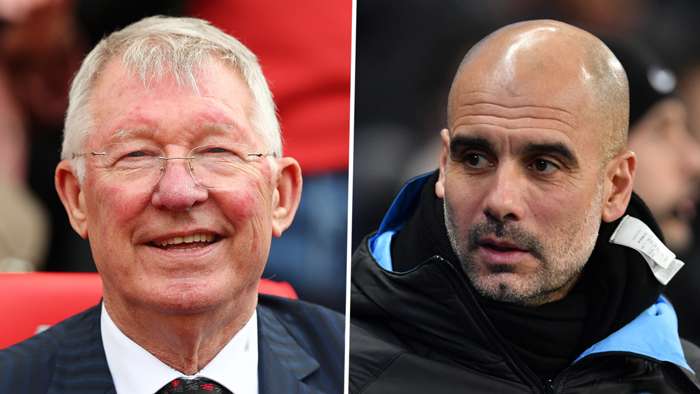 Pep Guardiola is proud to be in a position where he can become the first manager since Sir Alex Ferguson to regain the Premier League title across one spell at any given club, but the Catalan insists records have never been a priority for him.

A title triumph would be Guardiola’s third at the Etihad Stadium and see him wrestle domestic supremacy back from Liverpool 12 months after watching Jurgen Klopp knock the Blues from the loftiest of perches.

When it was put to him that he can emulate Manchester United legend Ferguson, who retired in 2013, Guardiola said: “I don't know when I sign to make history. Just to win one game. Then the second one.

“If we are able to play the team like we want to play. This is the only target. Titles are a consequence for something much deeper.

“I'm not a guy who imagines what happens. The reality is our team face a good team and when we achieve it, ask me the question how it feels and I will answer.”

United icon Ferguson achieved the feat on several occasions - six in total - across his iconic 26-year reign at Old Trafford.

His arch-rival, former Arsenal boss Arsene Wenger, was also able to overcome setbacks en route to hitting the summit once more – with the Frenchman overseeing a fabled ‘Invincibles’ campaign in 2003-04.

The only other man to have enjoyed split title triumphs in the Premier League era is Jose Mourinho, but the Portuguese required two stints at Stamford Bridge in order to get the Blues back to the top.

The Blues, who remain in the hunt for a historic quadruple this season, have pulled 14 points clear at the top of the table.

Guardiola had seen his side get off to the worst start of his managerial career to date, but a star-studded outfit have recaptured form in style and will head into a derby date with United on Sunday full of confidence.

Quizzed on whether this is the hungriest side he has ever managed, Guardiola said: “It comes from themselves. The desire to win and win again. It comes from inside, try to win, to compete or collaborate with his mates, to do the best we can.

“Now is nice because we win. All the theories that we do, the nice things they're saying is just because one reason. Because we win.

“The smell when we win is so nice, so beautiful. But we can lose and the perspective will be calm. Today we train incredibly well, tomorrow the same, then get our neighbours to do a good game.”

“To do what we have done in these four years, after winning, still winning, being there at the end, still winning. It's because these guys have something special like they have in Barcelona and Bayern Munich.”