'He knew everything better than I did' - Guardiola 'interfered in medical matters' at Bayern, claims former team doctor 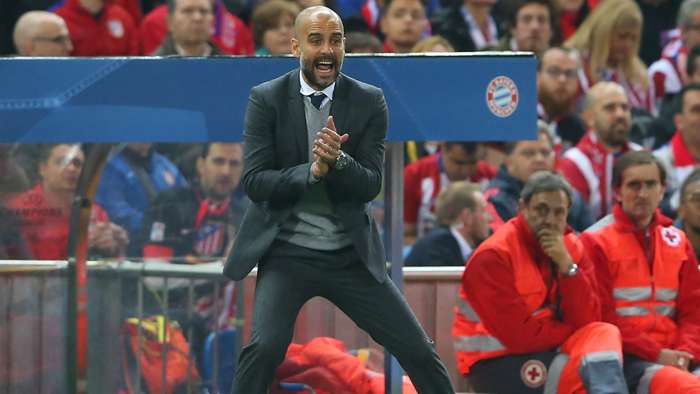 Pep Guardiola "interferedin medical matters" at Bayern Munich, according to former team doctor Hans-Wilhelm Muller-Wohlfahrt, who says the highly-rated coach thought he "knew everything better than I did".

Guardiola was drafted in to replaceJupp Heynckes in the Allianz Arena hot seat in the summer of 2013, inheritinga treble-winning squad brimming with world-class talent.

The Spaniard had already established himself as arguably the finest manager in Europe by that time, after assembling one of the greatest teams in history at Barcelona between 2008 and 2012.

As expected, Bayern continued to dominate the domestic scene in Germany with Guardiola at the helm, but he was unable to deliversuccess in Europe.

The 49-year-old picked up seven major trophies during his time at the Allianz, including three Bundesliga titles, before moving onto a new challenge in the Premier League with Manchester City in 2016.

Muller-Wohlfahrt, whose 40-year stint as Bayern's first-team doctor ended in June,recalls being frustrated by Guardiola's input when it came to assessing the physical condition of the players.

The 77-year-old told BR24: "It was just that I couldn't put up with the fact that a young trainer - who was very successful and who is probably one of the really, really big ones - interfered in medical matters and knew everything better than I did."

Muller-Wohlfahrt went on to reveal that although he didn't always see eye to eye with Guardiola at Bayern, he still enjoys a good relationship with the current City boss.

He added: "We met and talked to each other, and then it's over.We appreciate each other and he appreciates my work above all. He never questioned that."

Hansi Flick's men also picked up the DFB Cup by beating Bayer Leverkusen 4-2 in the final on Saturday, and another treble could be on the cards if they continue to advance in the Champions League.