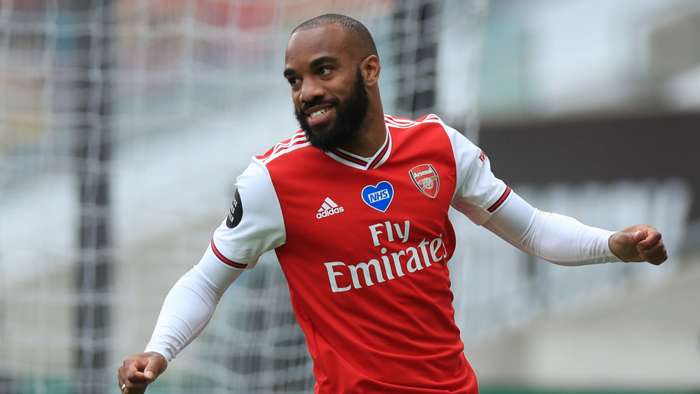 Mikel Arteta hailed Alexandre Lacazette after the Arsenal striker finally ended his long barren run away from home in the Premier League with a late strike against Wolves on Saturday.

The Gunners frontman came off the bench at Molineux to score a crucial second for the visitors and seal a 2-0 win which keeps Arteta’s side in the hunt for a Champions League place.

It was Lacazette’s first goal away from home in the league for 16 months, a run which dates back to his strike in a 2-1 win at Huddersfield in February 2019.

And Arteta was delighted for his forward, who he believes got his reward for the way he prepared himself for his late cameo.

“He really needed that,” said Arteta. “When I asked him to come on, within three seconds he was ready to jump on the pitch.

“And when you do that, things like this happen.

“He had a great movement of the ball, a great touch and a great finish. We have to give him more opportunities to be able to do that, but I am so happy for him because he deserves that with the way he trains and plays every day.”

Arsenal’s win at Wolves - which was their first away from home against a team above them in the Premier League for five years - was their fourth in a row in all competitions.

They now sit seventh in the Premier League, six points behind Manchester United in fourth, with games against Leicester and Tottenham to come in the next week.

It means they have kept their slim hopes of securing Champions League qualification next season alive, but Arteta is well aware of the challenge that faces his side with just five league games remaining.

“Every game we have no margin for error,” said Arsenal’s head coach. “We are trying to win every game if we can.

“Weeks ago it Champions League qualification looked impossible. We know the fixtures that we have in the next few weeks. We try to improve as a team every time to give us a better chance.

“The better we play, the better we compete. At this level of intensity if we play like this against any team we will make it hard for them - and then we will see.”