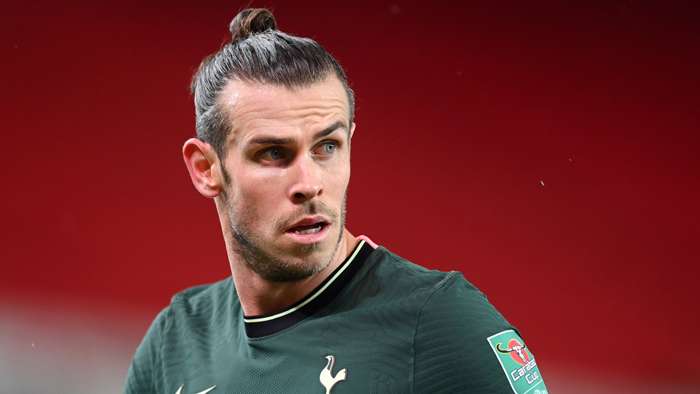 Gareth Bale "still loves" Real Madridwith a return to Santiago Bernabeu no issue for the Welshman, according to his agent - but Zinedine Zidane may have other ideas about the striker's future.

Bale is halfway through a season-long loan from La Ligahaving returned to Spurs after being sidelined by Zidane, but has so far struggled to make an impact.

Barnett, who sealed Bale's move to Real Madrid from Tottenham nearly a decade ago, believes that the playmaker would have no problem with heading back to the Spanish capital.

"He still loves Madrid," the 71-year-old told Goal."He hasn’t problems with the club, it’s a wonderful club.It wouldn’t be a problem for him to return. They just have to decide if they need him back, if he can play for Madrid and all these things. I guess you have to ask Mr. Zidaneif he wants him, I don’t think so."

Barnett also rubbished reports that Bale and Spurs supremo Mourinho have a poor relationship, while conceding that he expected the attacker to get more chances to impress in north London.

Bale has played just 16 games this season for Tottenham, having been hampered by both injury and his manager's selection policies.

"They have a good relationship, there is no problem," Barnett said. "It’s journalists who create the problem, but there is no problem.We expected him to play more;things haven't gone that well, but the team haven’t gone as goodas well."

Bale's move to Tottenham was seen as a win for both Madrid and Tottenham, allowing the former to rid themselves of an out-of-favour player on a hefty contract and the latter to reunite with one of their true modern superstars.

Come the end of the season, it seems unlikely that Spurs will be willing to take the seasoned forward back on a full-time basis, particularly as they will then face the onus of paying his wage packet in its entireity.

Zidane has shown little interest in returning the aging, injury-prone Bale to his side either, which leaves the Welshman's futurehanging in the balance.