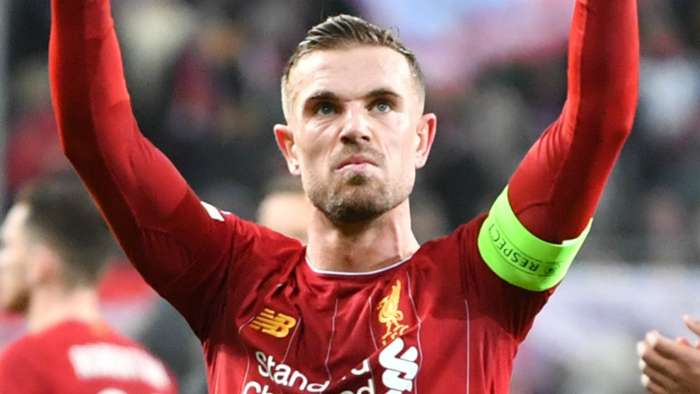 Liverpool have had some inspirational captains over the years, players who spurred the team on to glory at national, continental and international level.

However, while many noteworthy individuals have hoisted silverware over their heads in the name of the Anfield giants, only a select few have done so with the league title.

Goal takes a look at which legendary Reds captains led the club to league glory.

Full list of Liverpool's league title-winning captains is below.

Of all the iconic captains Liverpool have had in their storied history, only 10managed to get their hands on the league title. Some, of course, did so on multiple occasions.

Alex Raisbeck was Liverpool's captain in their first ever league title-winning campaign in 1900-01 and he led the team to glory once again in the 1905-06 season. Raisbeck was the team's leader from 1899 until 1909 and he notably remained with the club when they were relegated to the Second Division, helping them to get promoted in 1904-05 before surging to First Division success in their first season back.

Liverpool did not win the First Divison again until the 1920s - after the First World War - and Donald McKinlay was the man who inspired them to success, serving as captain in the back-to-back league triumphs in1921-22 and 1922-23.

The next league title for the Reds came in 1946-47 - the first post-World War Two championship - and they were led on the field on that occasion by Willie Fagan . Two decades passed before more league glory was achieved, with the Ron Yeats -led Liverpool winning the title in 1963-64 and again in 1965-66.

In the two decades that followed - the 1970s and 1980s - Liverpool emerged as the dominant force in English football, with five different captains lifting 11 league titles between them during those golden years.

Tommy Smith was team captain in 1972-73 when Liverpool won the league and he also wore the armband as they defeated Borussia Monchengladbach in the 1973 UEFA Cup final.

Bill Shankly made the controversial decision to replace Smith as captain the following season, appointing Emlyn Hughes to the role. Hughes led Liverpool to three league titles in 1975-76, 1976-77 and finally in 1978-79 before departing for Wolves. He was club captain when Liverpoolwon the UEFA Cup in 1975-76, and the European Cup in 1976-77and 1977-78.

Thompson reluctantly passedthe armband to Graeme Souness in the 1981-82 season, despite remaining a key member of the squad. The Scottish midfielder was Liverpool's captain when they won the league and League Cup double three years in a row in1981-82, 1982-83 and 1983-84. He was also captain for their 1983-84 European Cup success against Roma.

Souness then passed the baton to his compatriot Alan Hansen , who served as Liverpool captain from 1985 until 1990 and is the last Reds skipper to lift the league trophy. Hansen led the team as they won the league in 1985-86, 1987-88 and their last success in 1989-90. He also captained the team in their FA Cup triumph of 1986, with Ronnie Whelan deputising for him when they won the FA Cup in 1989.

Jordan Henderson became the first Liverpool captain to win the Premier League, when the Reds ended their 30-year wait for league success in 2019-20. Henderson, who tookthe armband in 2015, had led Liverpool to Champions League and World Club Cup success before helping them to Premier League glory.

Interestingly, of Liverpool's 10 league title-winning captainssix have been Scottish, with four hailing from England.

The most notable example of a Liverpool captain who did not manage to win a league title is Steven Gerrard, who was and continues to be routinely mocked by rival supporters for that fact.

However, despite that fact, Gerrard is still recognised as one of the club's best ever leaders, steering them to their fifth Champions League title in 2004-05.

The combative midfielder is the longest-serving captain in the history of the club, and also led the Reds to FA Cup success in 2006 as skipper and wore the armband when they won the League Cup in 2012.

Gerrard replaced Finnish colossus Sami Hyppia as captain in 2003 and the gigantic defender, who wore the armband from 2001 until 2003, is another club hero who never won the league.

Paul Ince is another iconic Liverpool captain who failed to win the league or, for that matter,any silverware at all. The former England midfielder's glory years were, rather, spent at Manchester United.

Ian Rush starred for Liverpool during the 1980s and 1990s, and took the armband towards the end of his time at the club, but the only thing he won as captain was the League Cup - then the Coca-Cola Cup - in 1995.

Matt Busby is a legendary figure at Manchester United, but it is interesting to note that he spent his playing days at United's rivals Manchester City and Liverpool, donning the armband for the Reds on occasion.