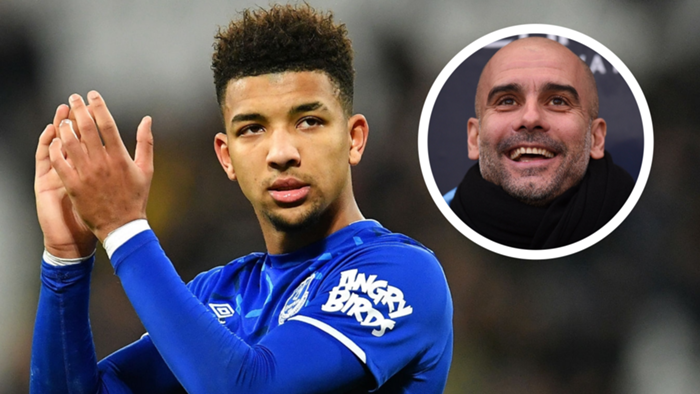 Everton defender Mason Holgate has been tipped to leave the club if Manchester City make a move in the upcoming transfer window.

City, who thrashed new Premier League champions Liverpool 4-0 on Thursday night, are to set about reshaping their squad at the season's end with a view to dethroning the new title holders and defence is an area being looked at by those at the Etihad Stadium.

There have been calls for the club to sign a new centre-back since the departure of former club captain Vincent Kompany last summer, with Aymeric Laporte seen as the only reliable option at the heart of the defence as the form of John Stones and Nicolas Otamendi continues to be questioned.

It has been suggested that former Everton defender Stones could even be used in a player-plus-cash part-exchange deal to lure Holgate away from Goodison Park.

Former City midfielder Michael Brown believes that learning under Pep Guardiola would be too good a prospect for Holgate to turn down.

“Well, the fact of the matter is he won’t want to turn it down,” Brown told Football Insider. “And that’s no disrespect to Everton, he’s done great there, he’s looking good and it looks like he’s going to play games.

“A club like Manchester City are just on another level to Everton at the moment and that’s life. Geographically it’s good, so if that was the case you’d see him wanting to go and work with Pep as well.

“That’s just the walk of life and I’m sure every Evertonian would agree it’s going to be a tough one to say he’d turn them down if that was the case.”

Holgate's ability to play as both a central defender as well as a right-back makes him an interesting prospect for any team, but Guardiola's tactical system of near-constant swapping of positions could see him pick up the head coach's philosophy with relative ease.

Able to represent both England and Jamaica through his grandparents, Holgate has taken in 25 appearances in the Premier League this term, racking up a respectable three assists from the back across those games.