'How do we get a John Terry?' - Chelsea need to sign defensive leader after West Ham loss, says Hoddle 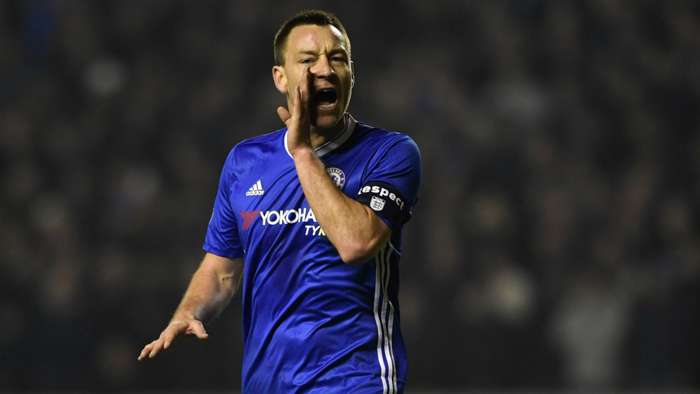 Chelsea need to sign a defensive leader in the mould of John Terry after being picked apart by West Ham, says Glenn Hoddle.

The Blues suffered their tenth Premier League defeat of the season against the Hammers at the London Stadium on Wednesday.

Willian opened the scoring for Chelsea via the penalty spot, but Tomas Soucek headed a deserved equaliser for the home side just before the interval.

Michail Antonio put West Ham into the lead shortly after the restart, but the game looked to be heading for a draw after Willian fired in an expert free-kick with just under 20 minutes later to play.

However, David Moyes' side were not to be denied, asAndriy Yarmolenko's late strike secured a 3-2 victory for the Hammers, who are now three points clear of the relegationzone.

Chelsea, meanwhile, are now only two points clear of Manchester United and Wolves in the race for the final Champions League spot, and Hoddle thinks Lampard will need to organise his squad in order to turn their fortunes around quickly.

The former Blues boss believes his old club need someone to pick up the mantle of legendary ex-captain Terry, with a lack of leadership costing them all too often in crucial fixtures.

Hoddle told Premier League Daily: "They’ve got a lot of work to do in qualifying for the Champions League and they’ve got the FA Cup to deal with as well.Frank will want to go all the way and win that.

"So he’s got the squad to deal with it but, for me, it’s quite a simple one: if you can’t score and you can’t create you’re worried as a manager - but he’s got loads of them at the moment. I bet he doesn’t know what his best team is and next season he’s going to have even more!

"He’s got to look at, “How do we get a John Terry? – which isn’t easy – or an experienced player in there who needs to defend properly but also organise people.

"They need to be organised when they’re on the attack with the ball. ‘Someone needs to be pulling people around and they’ll cut half the goals their conceding with a player like that but they’re not easy to come by either."

Hoddle went on to single out Antonio Rudiger for criticismafter his disastrous display against West Ham, while insisting Chelsea are ill-equipped to beat teamsthat sit back in numbers.

"I’d be asking Rudiger if he knows that player. Because he knows Yarmolenko is left-footed;have you looked at the videos before the game?" the 62-year-old added. "As he’s going over there it’s got to be running through his head, surely. But it didn’t look like it!

"Chelsea look better when the team are going to come onto them and they know they’re going to be out-possessioned – be it Liverpool, Manchester City and they look nice and tight and compact and everyone knows their job.

"When they try and open teams out they end up losing. Ten games is too many and it’s not against the top teams all the time. They do lack concentration with their defending."