'I hope Messi will see in the new Camp Nou' - Keeping hold of Barcelona superstar is top 'priority', says Laporta 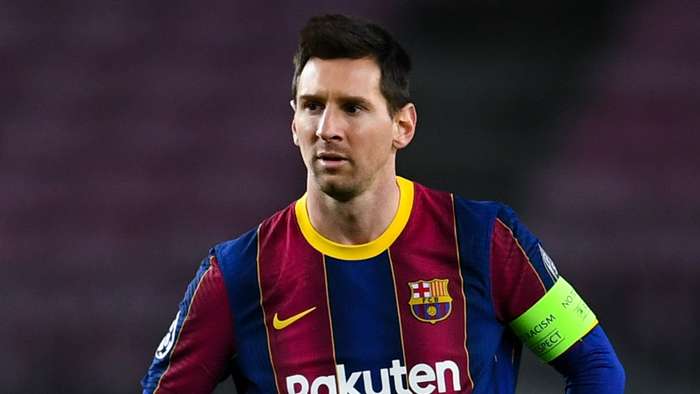 Joan Laporta has expressed his hope that Lionel Messi will see in the completion of the new Camp Nou, while insisting that keeping hold of the Barcelona superstar will be his top "priority" if he's re-elected.

The 33-year-old was dead set on leaving Camp Nou in the summer, but ended up reversing his decision after being threatened with legal action by both Barca and La Liga.

However, he is now free to speak to any potential suitors ahead of a potential free transfer at the end of the season, and has remained coy over his next move while admitting that he considers a new challenge in MLS an attractive option.

Paris Saint-Germain and Manchester City have also been mooted as possible next destinations for Messi, who told Goal back in September that he pushed for a move away from Catalunya due to concerns that the team was no longer capable of competing for top honours.

Laporta was the man who gave the Argentine his start at Barca back in 2004, and he will be up for re-election again later this month, with his main goal to ensure that a talismanic figure sees out his playing days in familiar surroundings.

Plans to develop an improved105,000 capacityCamp Nou have already been drawn up, and the project could be finished in time for the club's 125th anniversary celebrations in four years' time.

Laporta wants Messi to be front and centre when a new era begins, as the presidential candidate told Goal:"I wish we could celebrate the 125th anniversary at the new Camp Nou and with Leo with us. The issue of the stadium is not easy because it takes two years to build it.

"The issue of Leo is easier than the stadium. It would be very nice to get to this anniversary with Messi, it would be good final fireworks."

"This gives me a position and, if I am president of Barcelona, ​​and that is one of the reasons, I will see what I can offer him within the possibilities of the club in terms of finances and in what interests Leo from a sporting perspective.

"He wants to win the Champions League again with Barca and we have to make him see that this will be possible."

"It is very important, on a priority level. Great players have passed through Barcelona, ​​the best in their time, but Leo is special," he added.

"He is the best in the world and surely in history, which is why he is so valued. The issue is so important for Barca that we have to do whatever it takes to maintain harmony.

"If it doesn't happen, we will have to move on and sooner or later we will have to accept it. Hestill has a long journey in elite football but everyone's sportingcareer ends, while Barca continues.