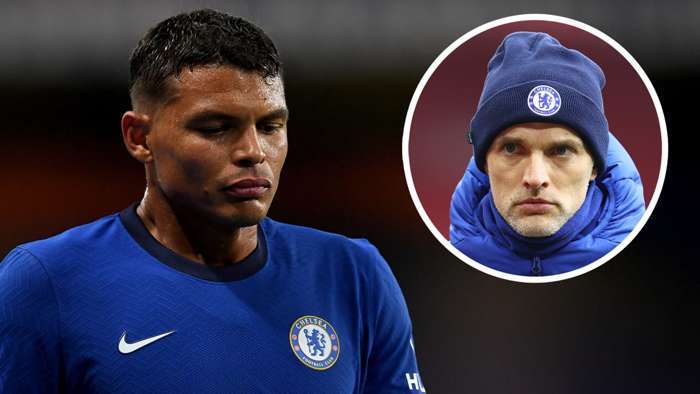 Chelsea boss Thomas Tuchel has echoed the concerns of several other high-profile managers as he discussed the potential problems associated withplayers leaving on international duty in March.

Included on the red list is Portugal, large parts of Africa and the whole of South America, and with that potentiallyseeing the likes of Thiago Silva and Edouard Mendy unavailable for a spell, Tuchel has suggested he could block players from leaving.

"I am absolutely worried because my target is to play in the Premier League and if I have players in quarantine, I cannot build the group that we want," Tuchel said after his side's 1-0 win over Liverpool on Thursday.

"This situation is extraordinary. We have to adapt and we will do this as a club and we will make these decisions. We are very concerned about the situation."

The comments from Tuchel come after Manchester United boss Ole Gunnar Solskjaer had claimed that he may look at blocking Bruno Fernandes from linking up with Portugal for their World Cup qualifiers.

FIFA has given power back to the clubs to block players leaving in response to the ongoing concerns around the Covid-19 pandemic around the world.

If teams are subject to losing players for five days or more through quarantine rules, they can stop them from travelling. In such instancesbefore the coronavirus outbreak, they would have had no choice but to allow their stars to leave.

As well as United midfielder Fernandes, Manchester City forward Bernardo Silva and several Brazilian players, including Ederson and Gabriel Jesus, Everton star Richarlison and Liverpool attackerRoberto Firmino, are among those who could be affected.