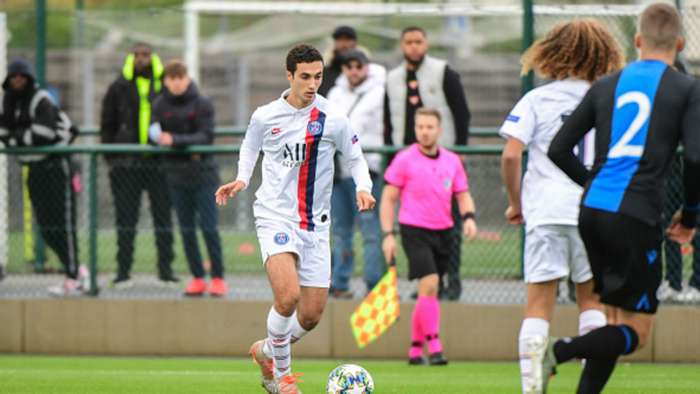 Ziyad Larkeche has revealed he spoke for Lyon striker Moussa Dembele about his time at Fulham before joining the Cottagers from Paris Saint-Germain.

The 17-year-old was released by French champions to sign for the Championship club, where he will initially link up with their U23 side next season.

It is exactly the same move made by Dembele as a 16-year-old back in 2012, with the forward later moving on to Celtic and now Lyon.

Larkeche says he spoke to the now 23-year-old about his early career, a conversation which helped him decide to sign for the Cottagers.

"It's true that I spoke with Moussa,” Larkeche told Goal. “He called me. It was an afternoon. I was at home watching TV.

“He said ‘do you know who I am?’ I said yes because I knew he was going to call me. We talked for 30 minutes about PSG, Fulham, and more generally English football.

“Like me, he comes from PSG. And even if we don't play at the same position, I asked him for lots of advice. He spoke with my father. The chat was very enriching, constructive, and I can only thank him for that.”

Larkeche is rumoured to have turned down a number of offers from across Europe to sign for Fulham, a decision which may surprise some given the London club is currently in England’s second tier. But the defender is confident he has made the best decision for the good of his career.

"I have been approached by English, Italian, Spanish, French and Belgian clubs. But I finally opted for Fulham,” he added. “English football is forward thinking, where there is a high intensity and it matches my qualities. I like to give intensity in my offensive runs. I like to do it also defensively when necessary.

"Fulham is an historic club of London with great ambitions, values and a state of mind that suits me. I'm convinced that I'll thrive in this club.

"My goal is to join the first team as soon as possible, and I will work hard as usual. Fulham showed me that they wanted me.”

Larkeche also revealed his disappointment at not being offered a contract to stay at PSG, but says he is now focused on the challenge ahead of him in England.

"My family and I were surprised not to be offered a contract,” he said. “I have been playing at PSG since I was nine and a half.

“Camp des Loges PSG’ training ground, I know it perfectly. Everyone knows me or my parents.