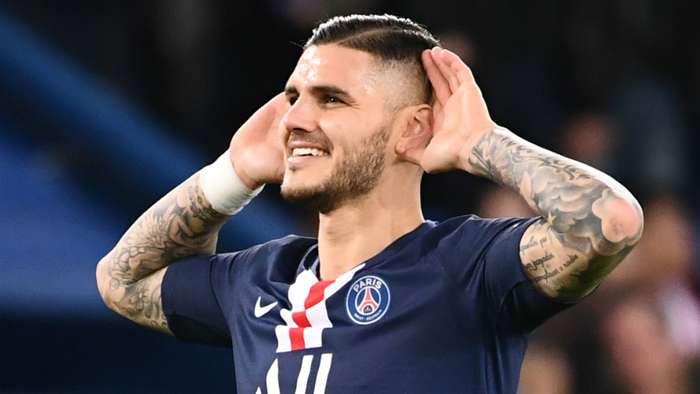 Mauro Icardi claims to have joined Paris Saint-Germain on a permanent basis as they represent a “giant stride” forward for him from Inter and offer the chance for more silverware to be secured.

The Argentine striker was once a talismanic figure at San Siro, with the Nerazzurri handing a prolific frontman their captain’s armband.

A professional relationship in Milan started to unravel, though, and it soon became clear that Icardi would need a new challenge.

PSG were happy to present one to him, with the Ligue 1 champions initially acquiring the South American on a season-long loan.

The 27-year-old is now tied to a contract through to 2024, on the back of a €50 million transfer, and believes he has made the best decision for the sake of his career in the present and future.

“It was important for me to make a giant stride in my career,” Icardi told PSG’s official website.

“I wanted to join a club likeParis Saint-Germain in order to win trophies and play at the highest level. All of that meant that I wanted to change and progress.

“I spent seven years at Inter and I played at a very high level. I chose to come toParis Saint-Germain in order to improve.

“The next four years will undoubtedly be my peak years. I want to continue to show what I'm capable of doing.”

Icardi has already added the Ligue 1 crown to his personal roll of honour, with PSG handed that prize when the decision was taken not to resume the 2019-20 campaign in the middle of a coronavirus pandemic.

On that triumph, Icardi said: “It was my first with Paris. It was a bit bizarre to win it like that but during the season, before the confinement, we had proved our quality and shown that we were on course to win the title.

“We proved we were a top team and at the end of the day we are champions.”

PSG have another two finals to come at the end of July, in the Coupe de France and Coupe de la Ligue, with those outings against St Etienne and Lyon set to be followed by the resumption of Champions League competition in August – with Thomas Tuchel’s side already through to the quarter-finals.

“It's important for us to win the two cups,” said Icardi.

“We were stuck at home for a while and now we are back on the pitches. We want to prepare in order to take on the challenges in the best way possible.