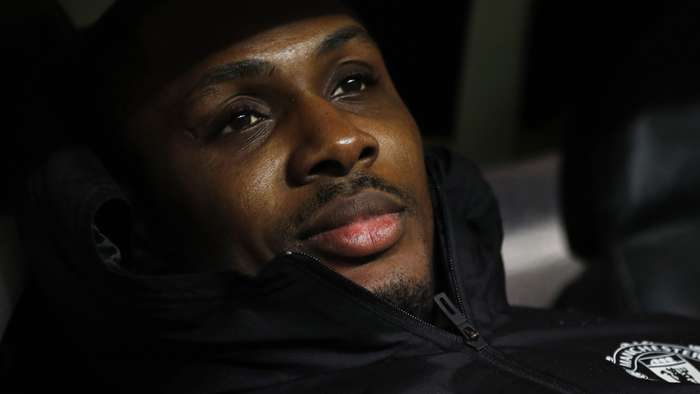 Odion Ighalo is happy to be “judged on goals” at Manchester United, with the Nigerian striker eager to prove himself as a “great addition” for the Red Devils.

A promising start has been made in that quest, with the target found on five occasions through 12 appearances.

The former Watford frontman is still waiting on a first Premier League effort for United, but has contributed significantly to FA Cup and Europa League causes.

Ighalo has matched a record that has stood for 95 years along the way, with goals recorded in each of his first four starts for Ole Gunnar Solskjaer’s side.

The 31-year-old, who has seen a loan from Shanghai Shenhua extended through to January 2021, is determined to offer even more and is aware of the need for end product to be delivered on a regular basis.

Ighalo told United Review: “With strikers, we are being judged on goals.

“Sometimes, when you don’t score goals, you’re sad. As long as the team wins, that’s the most important thing but, as a striker, I would like to score in every game.

“It’s the measure of a striker – how many goals you have scored. It is what people want to know about.

“That’s why we’re always eager to score goals and why, every time I’m on the pitch, I give my best to try to make sure I can create chances and score goals. But if I don’t score then, as long as we win the game, and my team-mates score, it’s okay for me.”

Ighalo has played a part in United going unbeaten through 14 games in all competitions, with his value to the collective cause being recognised by Solskjaer and many of his team-mates.

The boyhood Red Devils fan is delighted to be showcasing what he is capable of, with his ability and experience proving to be useful assets at Old Trafford.

Ighalo added: "We have a good squad with good lads and good players, who are ready to work to give everything they have for the team.

"So it's a privilege for me to join them, to play with these great lads – the young ones, the mature ones. They are good people and you see the atmosphere is always great.

"People are happy coming to work to do their job, smiling and all that. Me, I'm a happy guy, you know. I'm always around them and sharing with everyone – who is playing, who is not playing, who is down.

"We just laugh and talk about everything. I’m happy if the manager thinks I'm a great addition to the team but the squad is fantastic.