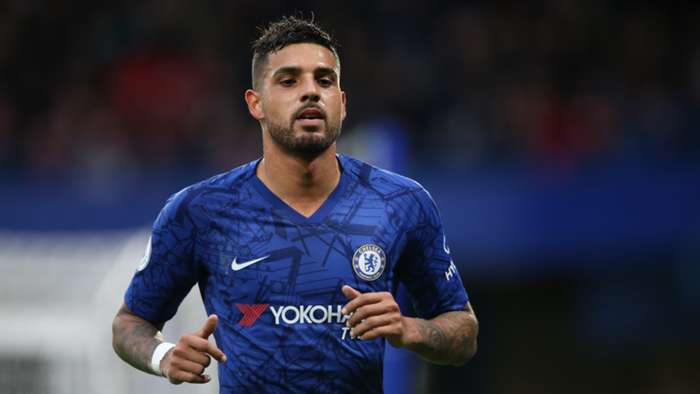 Inter have rejected reports that they are in the midst of negotiations with Chelsea over the potential arrival of Emerson Palmieri.

The Serie A side have been linked with a €20 million (£18m/$22m) move for the Brazil-born star, who has struggled to find regular game time under the guidance of Frank Lampard.

The 25-year-old left-back, who has featured seven times for the Italy national team, has featured in only 19 games in all competitions this season and has not been involved in a Premier League encounter since featuring in a 2-2 draw against Arsenal in January, only making the bench in two of their subsequent nine outings.

While he appears to be surplus to requirements at Stamford Bridge, the San Siro outfit have indicated that they have not opened talks with the Blues.

“I understand the many questions about transfer speculation, but I can say we have not had any contact or opened any negotiation for Emerson Palmieri,” Nerazzurri CEO Giuseppe Marotta told DAZN.

“We are making evaluations for next season, but the most important issue remains this current campaign.”

Marotta, meanwhile, also indicated that star man Lautaro Martinez, who has been linked with a summer switch to Barcelona, has not shown “the slightest desire to leave” the club.

Inter’s slim hopes of winning the Serie A title were surely ended on Sunday as they slumped to a 2-1 home defeat against Bologna, a match in which they found themselves a goal to the good thanks to Romelu Lukaku, and a man up after the visitors’ Roberto Soriano was dismissed.

Lautaro then missed a penalty before Musa Juwara levelled for the guests with 16 minutes left, sparking an incredible collapse. Alessandro Bastoni was sent off three minutes later and Musa Barrow soon followed up to score the winner for the mid-table outfit.

Inter now find themselves 11 points behind Juventus in the race for the Scudetto, with the defending champions seven points clear of Lazio, who also suffered defeat this weekend as they went down 3-0 at home against a Zlatan Ibrahimovic-inspired AC Milan.