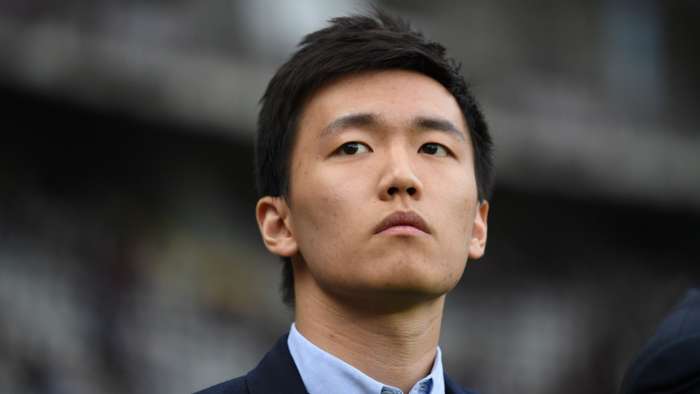 Inter have described reports in the Italian press that the club is to be put up for sale as “entirely baseless.”

It was said the high operating costs of the Serie A giants meant Zhang was eager to sell up.

However, Inter have since released a statement denying the report.

It said: “With regard to the rumours reported today, specifically referring to the possibility of FC Internazionale Milano being sold, president Steven Zhang categorically denies these false claims and stresses that they are entirely baseless.”

Suning bought its majority stake in Inter in the summer of 2016, and Zhang has overseen an improvement in the club’s fortunes in recent years.

Inter finished between fourth and ninth in every season between 2012 and 2017, but ended up only one point behind Juventus as runners-up last season.

Antonio Conte’s arrival as head coach, plus some big spending on players such as Romelu Lukaku and Achraf Hakimi, have helped Inter move back towards their historic spot among Europe’s biggest clubs.

Heading into the new year, Inter are one point off the top once again, though this time it is city rivals AC Milan occupying first place. Champions Juventus are sixth, nine points behind Inter with a game in hand.

Inter host Crotone in their first game of 2021 on Sunday, before fixtures against Sampdoria and Roma and a Coppa Italia tie with Fiorentina - with a huge game at home to Juventus on January 17 to follow.

By then, Inter may have been active in the January transfer market.

Radja Nainggolan has already confirmed an acrimonious departure from San Siro, rejoining Cagliari on loan and saying: "I'm happy to be here, I want to rediscover the joy of playing football that was taken away from me in this first part of the year."